NBA Today: D is for Denver 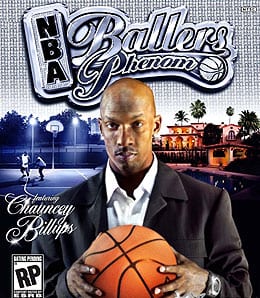 What a difference Mr. Big Shot has made to the Nuggets this season.

The Denver Nuggets have been on a rampage all season, shooting to the top of the Northwest Division standings, and it’s been a vastly improved defense that has spurred this success. In fact, when they hold the opposition to under 100 points, they are almost unbeatable (13-2). And a big part of this transition happened after dispatching Allen Iverson for Chauncey Billups early this season.

The thing is Billups hasn’t just brought a superior defensive game to the Mountains – he’s also brought some pretty damn good O. We had Billups pegged as a top six or eight PG, but honestly, beyond Chris Paul, who has been better among point guards this season? As Denver continues to roll (5-1 in January), Billups has been lighting it up, averaging 24.5 PPG in the last four games. His rebounding has picked up as well. While Mr. Big Shot hasn’t been filling it up from downtown at the same rate this month, he’s been getting to the line way more often, and that’s led to a serious bump in scoring. Overall, it’s been a brilliant season for Billups, who has responded to more PT by tying his career high with 18.5 PPG, while lowering his turnover rate. How sweet is that for you 9-cat players? By the way, how about his work from the line? He’s only at 90.4 per cent this season (he shot 91.8 per cent from the charity stripe last year), yet Billups has drained 16 straight freebies and has missed just twice in his last 53 tries. It’ll do.

Sure, maybe it’s a coincidence, but the Nuggets got off to a shaky 1-3 start this season before pulling the trigger on the A.I. deal. Since then, they are 25-10. However, Denver gets a serious test Thursday night when a rolling Phoenix squad stops by the Pepsi Center. If recent history is any indicator, give the Nuggets the edge here; they have won the last three games against Phoenix in Denver by an average margin of 14.4 points. Then again, the Pepsi Center has not been a kind place to anyone in recent seasons. The last time Denver dropped back-to-back games at home? Try early February 2007.

The best part about Denver’s recent (6-1 over last seven games) success? Much of it has happened without top scorer Carmelo Anthony, who has missed the past three games with a broken hand and will likely be out of action for another two weeks. Melo was just rounding into form when he got hurt, and he’s gotten better as the season has progressed, so owners have to pray that once he returns he can pick things up where he left off. Anthony’s scoring has slipped since his career year two seasons ago, but by adding a perimeter presence (a career best 42 per cent from beyond the arc), he’s providing a boost in other areas for his owners. Still, it’s hard not to qualify this season as a major disappointment — and that was before the injury, considering we had this dude ranked as the sixth best forward. Right now, Melo would be lucky to be included among the top 45 forwards.

Despite spending most of the season as the starting two-guard since the Iverson deal, Dahntay Jones has been a serious fantasy afterthought. However, after his 16-point, five-steal, three-rebound, three-assist effort on Tuesday, he gained a tiny bit of traction on the wire. If you’re in a very large league, he could be worth a sniff, as he’s definitely getting more touches recently. Jones is one of those players that fall into the ‘when is a starter not a starter’ category; he’s on the court at the opening tip almost every night, but with less than 20 MPG of action, who cares? However, he’s seeing close to 30 MPG lately, so it’s time to pay attention somewhat.

Another off the radar Nugget who turned some heads Tuesday was Chris Andersen, who exploded for 15 points, 10 boards, three steals and two blocks. Damn, the dude even stepped beyond the arc to can his second trey of the season. Andersen is getting some looks in larger leagues, and he is playing a bit more this month, but at this point, I’d watch and see. If you are desperate for boards and blocks, Andersen might be of particular interest to you.

Nene Hilario’s big year is showing no signs of slowing down. He sunk 7-of-10 for 20 points on Tuesday and is now averaging 18 PPG in January on an incredibly efficient 6-for-9 average night. Health is always a question, but has not been a factor yet. “Yet” is the operative word, however. With Melo out, Nene’s taken a few more ticks than normal, and has played at least 36 MPG in each of the past three games. It doesn’t sound like a ridiculous amount until you factor in this dude’s extensive medical history. Should you sell high? It’s worth considering. Point out that he’s averaged 17.6 PPG, 9.5 RPG and shot a brilliant 65.5 per cent from the field over the past 12 games and see what you can get. It never hurts to see what’s out there.

By RotoRob
This entry was posted on Thursday, January 15th, 2009 at 2:22 pm and is filed under BASKETBALL, NBA Today, RotoRob. You can follow any responses to this entry through the RSS 2.0 feed. You can leave a response, or trackback from your own site.