ChiSox Looking to Rebound after Nightmare 2007 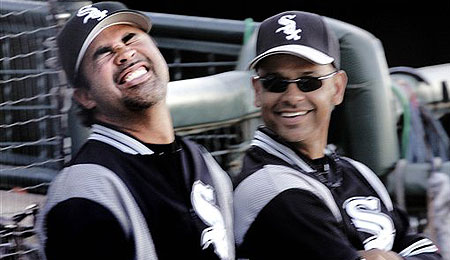 After the normal circus events of the Ozzie Guillen era, the Windy City media has almost been complaining about how quiet this year’s training camp is for the White Sox.

However, that’s not necessarily a bad thing. Guillen, with the help of bench coach Joey Cora, is making a concerted effort to keep this camp controversy free, and the players have been appreciative, many calling it the best run camp they’ve ever attended.

It’s a good start to what needs to be a serious rebound after last season’s 90-loss nightmare. Since winning the World Series in 2005, the ChiSox have been in free fall, slipping to 90 wins and out the playoffs in 2006, followed by last year’s debacle during which the team finished dead last in the AL in batting average, runs and OBP. The pitching wasn’t much better, ranking 12th in team ERA. However, that was mostly due to a horrible bullpen that’s collective ERA was almost five and a half. The starters were middle of the pack, and did a good job keeping the team in most games, ranking fourth in quality starts.

Notes from around camp:

By RotoRob
This entry was posted on Friday, March 14th, 2008 at 8:21 pm and is filed under BASEBALL, Fantasy Notes, RotoRob, Team report. You can follow any responses to this entry through the RSS 2.0 feed. You can skip to the end and leave a response. Pinging is currently not allowed.