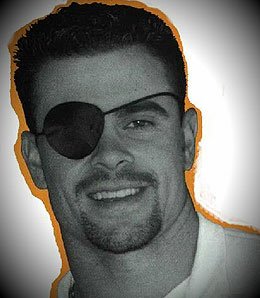 Even though he may be hitting ninth this year, former Pirate Jason Kendall could enjoy a renaissance in Milwaukee.

Can you believe Milwaukee is going to pull a Tony La Russa and bat its pitchers eighth, leaving the nine-spot to new catcher Jason Kendall? The Brewers believe this will add 25 to 30 runs to their season total. But what will it do to Kendall’s value?

Probably not a lot. Any extra runs he’ll score will be negated to an extent by fewer at bats. Still, let’s not write him off entirely. A return to his NL roots midway through the season seemed to spark Kendall, and his .270 BA down the stretch for the Cubs was far more palatable than the ugliness that had ensued in Oakland.

Toss in somewhat of a return of his gap power, better contact, and a marked turnaround in his batting eye, and Kendall showed definite signs that he wasn’t done yet. Don’t expect a return to his Pirate production levels, but don’t be surprised if Kendall doesn’t emerge as a somewhat useful fantasy catcher this season – especially in NL-only leagues. Put him on your sleeper list, at the very least.

Still in the Midwest, Joe Crede’s name keeps cropping up in trade talks, and now that the Dodgers have lost Andy LaRoche for the next two months, this may gain in momentum. Sure, the Dodgers have Nomar Garciaparra to take over at the hot corner, but we all know about how injury prone he is. I can’t see him staying healthy at a physically demanding position like third base for very long.

Assuming Crede is sent packing soon, Josh Fields will be home and cooled as the everyday third baseman for the White Sox. It was also be great news for Carlos Quentin (who is battling for a job with Brian Anderson and Jerry Owens), guaranteeing him more PT in left field without having to deal with Fields in an already clouded mix. Keep a close eye on this situation, because the injury to LaRoche has a chance to affect a lot of players’ values.

A little further West, because all three of their starting outfielders bat left, the Mariners are really hoping that their extra outfielder is a right-handed stick. So that pretty well takes disappointing Jeremy Reed out of the mix. However, reportedly, none of the other three candidates – Wladimir Balentien, Charlton Jimerson or Michael Morse – are wowing the team. As a result, Seattle may seek a veteran to handle the fourth outfielder job.

Unless they go the trade route to fill this need, there are not a lot of options on the free agent market for the Mariners. Preston Wilson is available; Richard Hidalgo is lurking out there somewhere; Reggie Sanders, anyone? How about Sammy Sosa? You want a veteran righty outfielder, and there is your list of free agent options. Excited yet?

Speaking of outfield options, according to Ken Rosenthal of Fox Sports, a couple of teams have asked the Angels about Reggie Willits, but Los Angeles is unwilling to part with him, offering up instead Juan Rivera – a player clearly without a role on the Halos. Wouldn’t you love to see Willits land somewhere and be given 500 at bats? His speed alone would make him a valuable fantasy option, but throw in a .300 BA and great on-base skills with a fine batting eye and you’ve got yourself a premium lead-off hitter, surely one who could do better than some of the options out there. But, with minor league options left, Willits may find himself spending time at Triple-A this year, regardless of the fact that he’s batting over .460 this spring.

Back in the Midwest, the Brian Roberts-to-the-Cubs rumour is one that just will not go away. With the dispatching of Michael Barrett and Jacques Jones, suddenly Chicago is looking pretty inexperienced up the middle. In centrefield, Felix Pie has 87 career games under his belt, mostly as a backup; at shortstop, Ryan Theriot has played 210 games (but only 110 of those were at short); and behind the plate, Geovany Soto has a mere 30 games of experience. Sure, getting Roberts will be a major upgrade over Mark DeRosa, who is coming off surgery to fix his irregular heartbeat, but an added bonus will be that the Oriole will bring veteran leadership (not to mention the good ‘roid contacts).

By RotoRob
This entry was posted on Sunday, March 9th, 2008 at 3:03 pm and is filed under BASEBALL, Fantasy Notes, RotoRob. You can follow any responses to this entry through the RSS 2.0 feed. You can leave a response, or trackback from your own site.