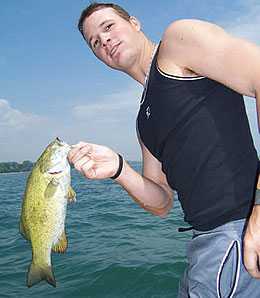 Don’t go fishing for ace hurlers like Erik Bedard in a league that is stilted towards offense.

I am in a points league: one point for a single, two for a double, three for a triple, four for a home run, two for a stolen base, one for a run or RBI, 10 points for a win, minus five for walks or hits allowed, minus one for each earned run, one for a strikeout and eight for a save.

Based on the point scale you gave me here, I would project the players out as follows:

From what I see, your league undervalues pitchers way too much and give the hitters an unfair edge. I wouldn’t even take a pitcher until my hitters were stacked beyond belief. Why would I want to take a even a top tier pitcher who will get less than a third the number of points than a sub par hitter like Young? Young has power and speed, but his BA will be in the  .250 range with an OBP only around .320.

Points for total hits is fine, but two points per double, three per triple and four for every dinger hit will make hitters jump into the 500 point range while a stud starting pitcher like Johan Santana or Jake Peavy will be hard pressed to break the 250-point mark.

I’m in need of a little fantasy insider thinking, please. I’m in a keeper league and my choices are Albert Pujols or Hanley Ramirez. I think I’m going with Hanley, but my question is, who should I take next? I pick fourth and the way I think it will shake out is Pujols, Chase Utley, then Miguel Cabrera. So with my pick, do I go the safe route and take another SS and go with Jimmy Rollins? The position is scarce and I love watching the other guys twist in the wind over that pick.

Besides, trade bait is what it’s all about.

Thanks for your time.

I think I would keep Ramirez too only because SS is a thinner position and he is pretty well the clear No. 1 at the position, whereas Pujols can be grouped in with Prince Fielder, David Ortiz, Ryan Howard and you can get options almost as good later in the draft with guys like Carlos Pena, Kevin Youkilis, and Travis Hafner (because of his offseason, Pronk will drop a little).

Now, drafting in hopes of trading isn’t a great option because some guys will just roll into the draft knowing that after the top five shortstops, the next 10 are similar in value, so they will wait and just take someone in round seven to fill the spot. The same thinking applies to catchers. I’d take best available player and draft to win, not to trade.

By RotoRob
This entry was posted on Tuesday, March 4th, 2008 at 7:33 pm and is filed under BASEBALL, Dear RotoRob, RotoRob. You can follow any responses to this entry through the RSS 2.0 feed. You can skip to the end and leave a response. Pinging is currently not allowed.