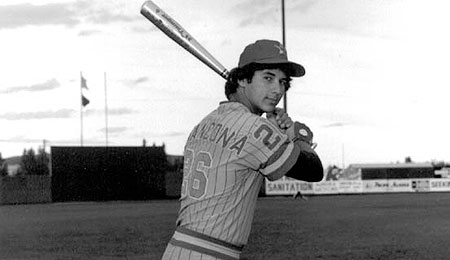 Before leading the BoSox to World Series titles, Terry Francona was a college star, becoming one of the first winners of the Golden Spikes Award.

For those of you in keeper baseball leagues that require you to scour the college and high school ranks, you’re probably familiar with the Golden Spikes Award, a USA Baseball honour (sponsored by Major League Baseball) that has been given to the top player in college baseball for the past 31 years.

This year, however, for the first time, USA Baseball has released a pre-season watch list, naming 75 players expected to be in the running for the award. Because it’s a rolling list, players may be added to it throughout the season. On May 20, USA Baseball will cut the list down to 50 semifinalists, and five finalists will be announced on June 3 with the winner unveiled on July 16.

This is a great list to study if you’re a serious prospect hunter, because in looking at some of the past winners of this award (Terry Francona, 1980; Will Clark, 1985; Robin Ventura, 1988; Jason Varitek, 1994; Jason Jennings, 1999; and David Price, last year), many have gone on to enjoy distinguished major league playing or managing careers.

Without further ado, let’s take a look at some of the names on the list:

By RotoRob
Tags: Golden Spikes Award
This entry was posted on Monday, February 18th, 2008 at 2:14 pm and is filed under BASEBALL, College sports, RotoRob. You can follow any responses to this entry through the RSS 2.0 feed. Both comments and pings are currently closed.