The Phantom of the Forsberg Opera 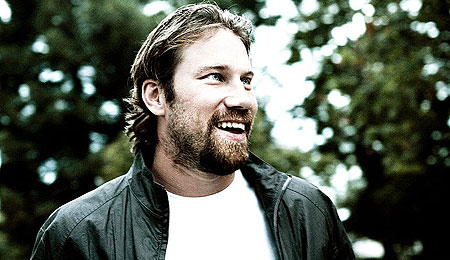 Once again, we can all soon expect NHL superstar forward Peter Forsberg to announce which team he will choose to play for. It’s funny, but I feel as though I’ve seen this movie before. Was there this much chaos surrounding his decision when he last became a free agent? If so, it can reasoned that it was an enormous turning point in the player’s career and who among us wouldn’t be guilty of testing the waters in terms of interest and speculation, just a little?

Perhaps people ought to have been more patient when Forsberg injured his left foot last season and kept the hockey world and fans of the team on an emotional roller coaster as far as when he would play next. Surely, it wasn’t his fault when he suffered an ongoing and unpredictable injury to his ankles from years of competitive hockey played at its highest level.

A more cynical mind than mine might ask why he didn’t get surgery on both ankles at the same time which would have shortened the recovery time and minimized the unending drama surrounding his feet by months if not more than year.

Still, I do not blame Forsberg for any of these developments – developments that are easy to speculate about when one is not close to the immediacy of the situation. He is a fine example of a true professional, not to mention what an outstanding player he is.

What I fail to understand is why last week he turned down only four NHL teams for their services. It’s not like he hasn’t had time to mull this over. His wealth from other business dealings is well known, so it’s likely not a question of the old hackneyed hockey contract phrase applying here, namely: “I had to do what’s best for me and my family.”

There are two translations for that phrase by the way: “I wanted an easy ride to the Cup finals” or “I did it for the money.”

It seems as though Forsberg is not in it for the money, which is a refreshing thing to write about any professional athlete. The question is then why all this soap opera type nonsense instead of him narrowing it down to two or three teams and saying he’ll give his answer on this date at this time? A lot of people’s lives are being put on hold over this and a lot of GMs put together contracts that had no chance to be signed.

None of this selfish, drama queen-like behaviour seems fitting when one thinks of such a respectable individual as Forsberg. It almost seems as though he is being ill advised by some unseen phantom.

If that were true, my personal hope would be that it turns out to be a Philadelphia Phantom.

By RotoRob
This entry was posted on Monday, February 11th, 2008 at 3:22 pm and is filed under HOCKEY, RotoRob correspondent report. You can follow any responses to this entry through the RSS 2.0 feed. You can leave a response, or trackback from your own site.