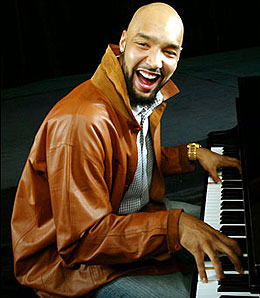 Drew Gooden had been signing a sweet tune for his owners until Anderson Varejao returned to cut his minutes. (Michael J. LeBrecht II/1Deuce3 Photography)

How are you doing? I recently traded away Drew Gooden for Yi Jianlian in my 12-team H2H league, and it seems as if I’m the only person who thinks that was a good idea.

Here are my reasons:

1. Drew probably has peaked. And Anderson Varejao takes the majority of the minutes anyways.

2. Yi is a rookie. He has ebbs and flows, but my timing for the trade was alright because I caught him at a time when he was in a funk. He has better long-term potential for me than Gooden (note: not a keeper league).

3. The Bucks have a much better schedule ahead. Including the five-game week ahead, the Bucks also have one of the best fantasy playoff schedules. The Cavs have one of the worst.

So do you see what I saw? Or was trading Gooden really a bad idea?

I think if you are looking at the season overall, Jianlian should do better than Gooden. Varejao looks like a season-ending injury waiting to happen, but the Bucks seem more committed to getting Yi more involved in the offense than the Cavs are about Gooden. I think it will end up being closer than people think, but Yi should do slightly better since he doesn’t have to fight for shots with LeBron James.

By James Morris
This entry was posted on Monday, January 21st, 2008 at 3:52 pm and is filed under BASKETBALL, Dear RotoRob, James Morris. You can follow any responses to this entry through the RSS 2.0 feed. You can leave a response, or trackback from your own site.