Dear RotoRob: Do the Drew? 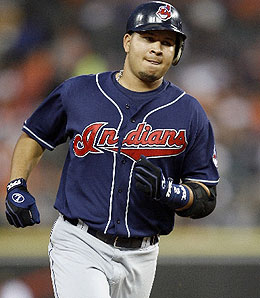 We’d rather have Jhonny Peralta than Stephen Drew, for 2008 at least. (AI Wire photo)

In a Roto keeper league that uses OBP instead of BA, who would you rather have – Jhonny Peralta or Stephen Drew?

Drew projects out at around .260/.332/.418, whereas Peralta should be close to .275/.350/.445. So, based on that and taking into account everything else, I take Peralta over Drew next season. Beyond 2008, however, I would likely lean towards Drew, poised for a serious breakout very soon.

By James Morris
This entry was posted on Monday, January 21st, 2008 at 9:44 pm and is filed under BASEBALL, Dear RotoRob, James Morris. You can follow any responses to this entry through the RSS 2.0 feed. You can leave a response, or trackback from your own site.