Dear RotoRob: How About Some Brand New Info? 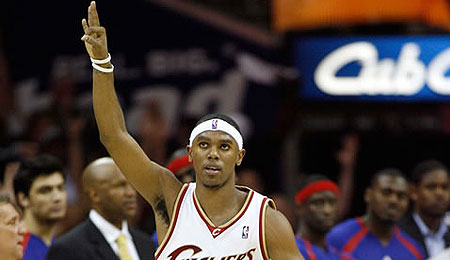 If you have a chance to pick up Daniel Gibson, go ahead and drop the injured Mike Bibby for him.

I’m starting to get the feeling that we’re all getting stiffed on Elton Brand-related updates. First, his re-evaluation was moved from December 3 to December 11. Now, we’re a couple days past the appointment and there’s not a word anywhere about the results or whether he even went to see his doctor. I don’t get it.

The thought crossed my mind that the Clips/Brand may be holding back because the report is not good. But this doesn’t make much sense either. Any thoughts?

The fact that the eval was postponed isn’t a good sign. I mean they must know something isn’t right to avoid finding out how the injury is healing. I had Brand on my ‘Do Not Draft’ list and laughed every time I saw someone take him either in the draft or off waivers. We now that Brand will begin working out on Monday, but the best-case scenario for Brand’s return would be February, so what do you think you are going to get from him?

Maybe 75 per cent when he hits the court with a possible jump to 85 per cent to 90 per cent by the end of the season.

Brand is dead weight and even when he returns he will have cost his owners far more points than he will give you.

Daniel Gibson is on my waiver wire. Should I drop anyone below for Gibson? How long will Gibson be out? I also picked up Mike Bibby yesterday off waivers. Was that a smart move?

Gibson only had his wisdom tooth pulled and a cyst repaired, so he will be back on the court soon. That being said, I wouldn’t have picked up Bibby just yet. He is still four-to-six weeks away from returning to the court. I would cut Bibby for Gibson tonight.

By James Morris
This entry was posted on Monday, December 17th, 2007 at 12:01 am and is filed under BASKETBALL, Dear RotoRob, James Morris. You can follow any responses to this entry through the RSS 2.0 feed. You can leave a response, or trackback from your own site.