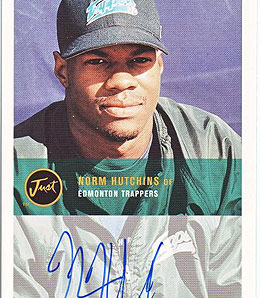 By RotoRob
Tags: Atlantic League, Baseball America, Bridgeport Bluefish, Colorado Rockies, Elmira Pioneers, Los Angeles Angels, Montreal Expos, Norm Hutchins, Northeast League, Tampa Bay Rays
This entry was posted on Monday, March 26th, 2007 at 1:03 pm and is filed under BASEBALL, RotoRob, What the hell ever happened to?. You can follow any responses to this entry through the RSS 2.0 feed. Both comments and pings are currently closed.