Win Shares and the Hall of Fame: 2007 Update 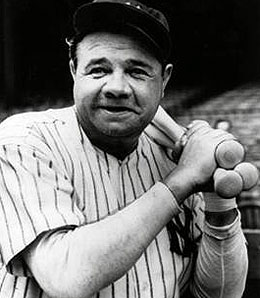 [Editorial note: Bill Gilbert studies baseball history with a focus on the Hall of Fame. The following is an edited, abridged version of his original article.]

The Win Shares system provides a useful method of examining the body of work that a player has accumulated in his career. In the case of active players, it is interesting to see if they are on track for the Hall.

The first list includes active players with 300 or more Win Shares. Topping the list is Barry Bonds with 686 Win Shares, a total exceeded by only Babe Ruth (756) and Ty Cobb (722). Despite gaining only four Win Shares in 2006, Gary Sheffield joined Roger Clemens and Craig Biggio as the only other active players with 400 Win Shares. Five players passed the 300 mark in 2006: Jeff Kent, Randy Johnson, Jim Thome, Tom Glavine and Chipper Jones. Glavine gained five Win Shares on Johnson in 2006 and is on the verge of passing him to become the top left-handed pitcher of his generation, based on Win Shares.

A strong group of players have apparently completed their careers in 2005 with 300+ Win Shares and will appear on the Hall of Fame ballot for the first time in 2011 if they remain inactive.

The next list consists of players with 250 Win Shares through 2006. These players should get on the HOF ballot, but most will not be elected. Three players moved into this group in 2006: Moises Alou, Carlos Delgado and Omar Vizquel.

The final list is of active players that have 200 Win Shares. Many are productive veterans with good careers, but without HOF credentials. Only those on this list who are younger than 35 have a realistic chance. Six players joined this list in 2006: Johnny Damon, Ray Durham, Albert Pujols, Miguel Tejada, Nomar Garciaparra and Jason Kendall.

By RotoRob
This entry was posted on Thursday, February 1st, 2007 at 1:19 am and is filed under BASEBALL, RotoRob, RotoRob correspondent report. You can follow any responses to this entry through the RSS 2.0 feed. Both comments and pings are currently closed.