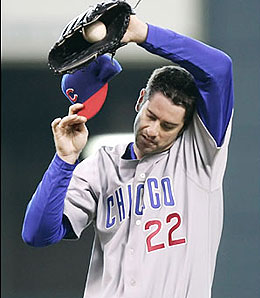 By RotoRob
Tags: 2001 MLB Draft, Baseball America, Chicago Cubs, David Wright, Jeremy Bonderman, Joe Mauer, Mark Prior, Minnesota Twins, University of Southern California, Wrigley Field
This entry was posted on Monday, January 29th, 2007 at 2:12 pm and is filed under BASEBALL, Draft report, RotoRob. You can follow any responses to this entry through the RSS 2.0 feed. Both comments and pings are currently closed.