The Roar is Back 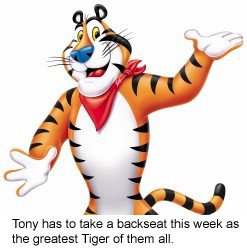 Anyone who doubts that baseball is back in the Motor City failed to witness last night’s unbelievable celebration as the Tigers rallied from a Game 1 loss to knock off the massively favoured Yankees in four games.

Watching the team carry manager Jim Leyland on their shoulders; seeing the younger Tigers doing a victory lap around Comerica; witnessing the vindicated 40-year-old Kenny Rogers interacting with the crowd — it all served as a great reminder that the roar is back in these Tigers, just three years removed from being baseball’s laughing stock.

So what was the big difference for Detroit this season? After averaging 100 losses a year since 2001, just how did this club, scheduled to open the ALCS against Oakland on Tuesday, turn things around so fast? Let’s look at a few factors:

The fact that Detroit was able to succeed with a club that wasn’t exactly Billy Beane-worthy (just a .329 OBP, 24th in MLB), had no running game (only 60 steals and tied for last with just a 60 per cent success rate on the basepaths) and got little contribution from the bench (16 pinch hits all season), underscores the strength of the pitching staff. It also proves how Leyland was able to maximize his offense, considering the Tigers still managed to rank eighth in the Show in runs scored.

Sure, maybe it’s the Red Sox fan in me that loved seeing the Yankees and this supposed greatest batting lineup in playoff history take one on the chin, but I couldn’t help but get swept up in a little Tiger mania this week.

So what the hell? I’m wearing a tail under my pants this week in honour of the Tigers.

By RotoRob
This entry was posted on Sunday, October 8th, 2006 at 4:07 pm and is filed under BASEBALL, RotoRob, Team report. You can follow any responses to this entry through the RSS 2.0 feed. You can leave a response, or trackback from your own site.