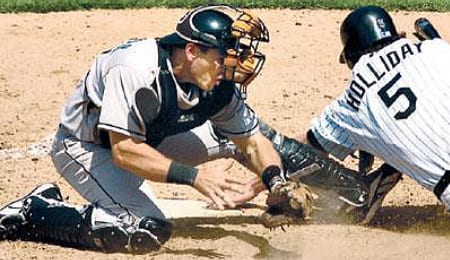 Today, we check in on the Marlin catching situation and Odalis Perez‘s resurgence. Let’s get to it…

By RotoRob
Tags: Florida Marlins, Kansas City Royals, Matt Treanor, Miguel Olivo, Minnesota Twins, Odalis Perez, Paul Hoover, Tampa Bay Devil Rays
This entry was posted on Friday, August 4th, 2006 at 3:46 pm and is filed under BASEBALL, Fantasy Notes, RotoRob. You can follow any responses to this entry through the RSS 2.0 feed. You can leave a response, or trackback from your own site.