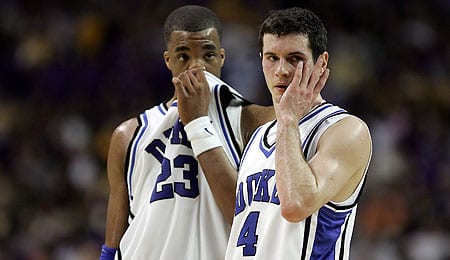 By RotoRob
Tags: 2006 NBA Draft, Antonio Davis, Atlanta Hawks, David Robinson, Duke Blue Devils, Emeka Okafor, Marvin Williams, Mike Krzyzewski, NBA, NBA Draft, NCAA, Pervis Ellison, Shelden Williams, Summer League
This entry was posted on Wednesday, August 2nd, 2006 at 12:35 am and is filed under BASKETBALL, Draft report, RotoRob, Scouting Report. You can follow any responses to this entry through the RSS 2.0 feed. You can leave a response, or trackback from your own site.