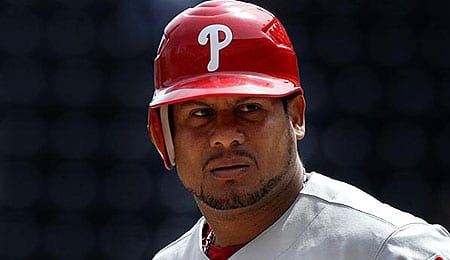 By RotoRob
Tags: Bobby Abreu, David Dellucci, Doug Drabek, EA Sports, GCL Phillies, Geoff Geary, Kyle Drabek, Pat Burrell, Philadelphia Phillies, Pittsburgh Pirates, Shane Victorino
This entry was posted on Friday, July 21st, 2006 at 12:09 pm and is filed under BASEBALL, Fantasy Notes, RotoRob. You can follow any responses to this entry through the RSS 2.0 feed. You can leave a response, or trackback from your own site.