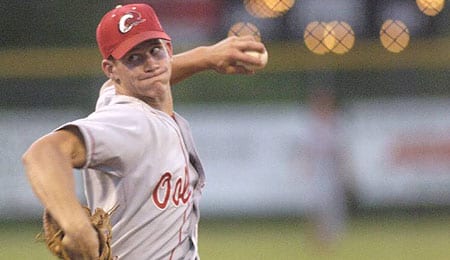 By RotoRob
Tags: All-American High School Baseball Team, EA Sports, Jeremy Reed, Kyler Burke, Ooltewah Tennessee High School, San Diego Padres, Seattle Mariners, Vanderbilt Commodores
This entry was posted on Friday, July 21st, 2006 at 2:34 pm and is filed under BASEBALL, Draft report, Player profile, Prospects, RotoRob. You can follow any responses to this entry through the RSS 2.0 feed. You can skip to the end and leave a response. Pinging is currently not allowed.