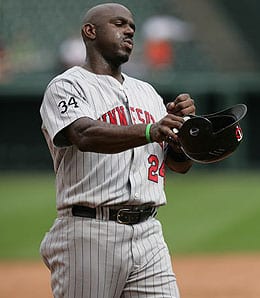 By RotoRob
Tags: Bill Hall, Brian Shouse, Chris Capuano, Jason Kubel, Joe Nathan, Kansas City Royals, Lew Ford, Luis Castillo, Michael Cuddyer, Milwaukee Brewers, Minnesota Twins, Rondell White, Shannon Stewart, Zach Jackson
This entry was posted on Sunday, July 2nd, 2006 at 12:24 am and is filed under BASEBALL, Fantasy Notes, RotoRob. You can follow any responses to this entry through the RSS 2.0 feed. Responses are currently closed, but you can trackback from your own site.