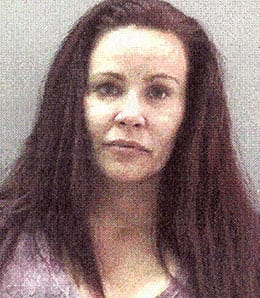 Tawny Kitaen knows a thing or two about administering a bitch-slapping.

Oh man. The return of Pedro Martinez to Beantown turned into a serious bitch-slapping that would have made Tawny
Kitaen blush.

This was the most anticipated homecoming for Red Sox Nation since 1997, when Roger Clemens returned to Fenway after being deemed to be in decline by Dan Duquette and winding up in Toronto. Of course, history has proved Duquette to be just slightly less than the genius we were all told he was when he landed in Boston. And Clemens’s 16-strikeout gem in his first start in Fenway as the enemy went miles in underscoring Duquette’s bone-headed decision to let the Rocket launch elsewhere.

Try this pitching line on for size: 3-7-8-6-2-1. Ugh. Children should not be exposed to that kind of thing on the Internet.

It would be easy to write this off as a false start. Too much build-up; maybe Pedro was too jacked up heading into the start. The Bosox are on a serious roll and they’re making everyone look sick. I mean, how concerned should you be as a Martinez owner? He’s first in the National League in WHIP, second in strikeouts and third in batting average against. Pretty convincing stuff, right?

Well, a more worrisome trend for Pedro owners is his penchant for wearing down. You can throw away a single start against a red-hot Red Sox club where emotions were running rampant. But after a 2.14 May, Martinez finished with a 6.23 ERA for five June starts, giving up 30 hits in 26 IP, with five homers and 11 walks. Now, if I owned Martinez, those are numbers that would worry me. I’m not recommending a bail-out, but you better keep a close eye on your ace for the next few starts leading up to the break. And you might want to actually put the phone back on the hook and listen to those trade offers a bit closer.

By RotoRob
Tags: Dan Duquette, Pedro Martinez, Roger Clemens
This entry was posted on Thursday, June 29th, 2006 at 8:40 am and is filed under BASEBALL, RotoRob. You can follow any responses to this entry through the RSS 2.0 feed. Responses are currently closed, but you can trackback from your own site.