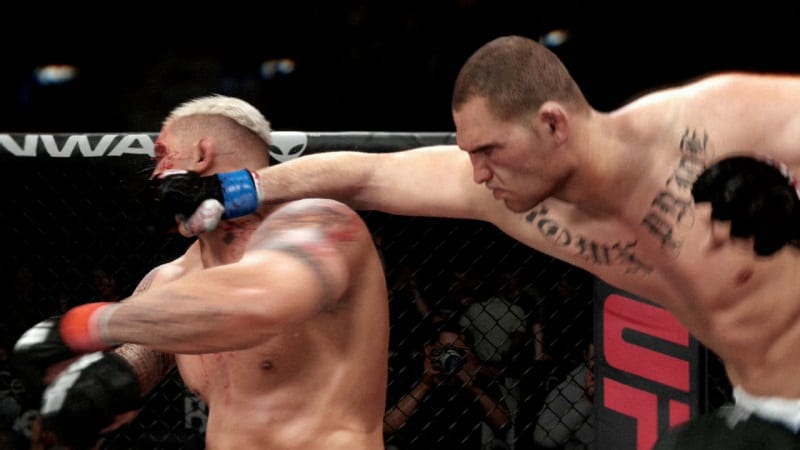 However, even with the ground game and clinching simplified there’s still plenty to keep track of once the fight begins. You deliver strikes via the face buttons and can modify high/low by holding down one of the triggers. Defensively you can block, sway or counter, which sounds a lot easier than it is given some demanding timing. Submissions are locked in by clicking down on the right stick, which also triggers a brand new mini game. Here you and your opponent chase each other around the border of the screen while a meter counts down toward a counter or a tap out.