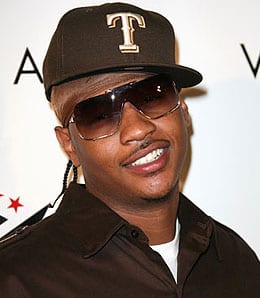 How will Carmelo Anthony fare in his first (sort of) full season in new York?

Talk about pulling one out of the fire.

With the 2011-12 NBA season looking all but flushed down the toilet, the owners and union reached a tentative agreement Saturday morning that will end the 149-day lockout.

If ratified, this deal with allow for an abbreviated, 66-game NBA season to begin on Christmas Day, a fitting way to launch the season as for years the association has used Christmas as one of its top marketing tools to pump the sport.

What’s most surprising about this announcement is that after the most recent rounds of negotiations broke down, there was no inkling that either side was going to budge from its stance.

Worse yet, absolutely no future meetings had been scheduled and it sure looked as though both parties had retreated to their respective corners with no hope of settlement.

But apparently a secret session was held earlier this week and then another 15 hours were spent hammering out a deal on Friday. Of course, the deal needs to be approved by both the owners and the players, but for the first time in months, the hopes of hoops’ fans everywhere has been buoyed.

In less than a month, we can all look forward to the ultimate gift on Christmas morning – real, live NBA games! How’s this for a tripleheader for your X-Mas viewing pleasure:

Training camp is expected to begin on December 9 and on the same day, free agency will begin, which should make for a frenetic month of basketball activity leading up to the Christmas launch of the season.

Somewhat complicating the matter is the fact that the union was dissolved a couple of weeks ago. So first, the union must drop its antitrust suit and reform before it can vote on the deal.

However, it may very well have been the lawsuit that expedited this whole process. Commissioner David Stern denied that this was a factor, but things sure came together quickly after the players filed their suit, didn’t they?

Obviously, now that we know there will be an NBA season, we’ll start to ramp up our coverage. But for now, we just wanted to help spread the joyous news that all is not lost for hoops’ fans.

Let there be ball!

Football fans across the land are praying that Tuesday’s owners meeting offers us some glint of hope that a settlement is coming soon.

By RotoRob
Posted in FOOTBALL, Labour issues, RotoRob | No Comments »