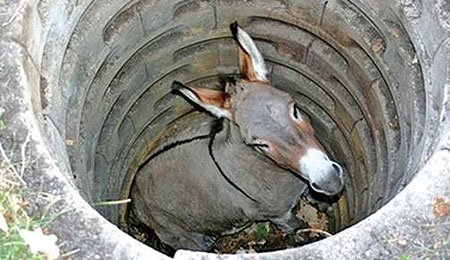 The two sides agreed to a $6 million signing bonus (the largest in Pirate history) about a week and a half ago, but because of some apparent travel complications (how do travel complications set you back 11 days? Where are they traveling from? The Gobi desert? On a 58-year-old camel with dementia?), the actual contract hasn’t been signed. So Alvarez has yet to report for either a physical or to be formally introduced to the Pittsburgh media.

And now the Pirates are getting a bit frustrated by the latest Boras drama. The team still has no idea when Alvarez will actually show up, and at this point, there’s not enough time for him to make his pro debut with a minor league affiliate. So, as usual, Boras’ bullshit is hurting his client.

In fact, Bucco GM Neil Huntington intimated as much, saying “The longer the delay, the less likely it is we will send him to either Arizona or Hawaii” (for fall or winter ball).

As for as the legal rights Pittsburgh has to force him to report, while the contract hasn’t physically been signed, there is a verbal agreement and half the bonus has been paid, so for all intents and purposes, Alvarez is now an employee of the Pirates.

Ah yes…nothing like ingratiating yourself to your new boss before your first day of work. Imagine getting hired and taking a dump in your new supervisor’s car before you ever step foot in the office? That would go over well, don’t you think?

Just how many players will Boras transform into fuckfaces before he’s done?

For more on Alvarez’s on field ability, see our MLB Draft Recap.