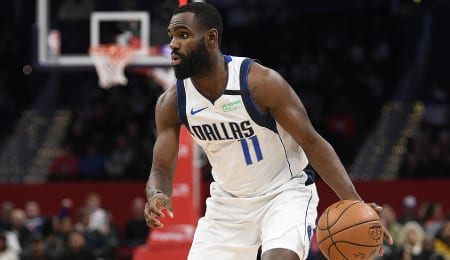 Welcome back to another week of Fantasy basketball. With the season about seven-eighths done now, this will be our final batch of Fantasy basketball waiver wire picks of the 2020-21 season, We trust our recommendations have helped lead you to some Fantasy championships!

This week, Kevin Porter Jr. exploded on Thursday, becoming the fourth youngest player ever (20 years, 360 days) to log a 50-point game; the Warriors are getting killed on the glass with their front court injuries; and the situation with Giannis Antetokounmpo‘s ankle has gotten a bit more tenuous.

And now, let’s get to our final collection of…

Lonnie Walker IV, SG/SF, San Antonio Spurs (ESPN: 4.9 per cent; CBS: 19 per cent): Walker headlined our picks back in early January and offered mixed results. He didn’t jack up as many treys in January and then saw his role reduced a bit the following month before his PT bounced back in March. So far, April has seen Walker sinking fewer field goals, but he now has another golden opportunity with Derrick White (ankle) probably done for the season. Walker got 29 minutes of action Wednesday, going off for 18 points, three three-pointers and three boards. He had been virtually invisible the previous two games, so we’ll see what happens (24 points on Friday worked for us!), but given how much better he’s getting defensively, the minutes should be there down the stretch. Walker, the 18th overall pick in 2018, is worth watching because of his athleticism and scoring ability.

By RotoRob
This entry was posted on Saturday, May 1st, 2021 at 10:03 am and is filed under BASKETBALL, RotoRob, The Wire Troll. You can follow any responses to this entry through the RSS 2.0 feed. Both comments and pings are currently closed.