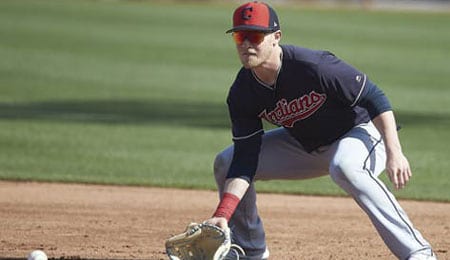 Welcome back to another week of Fantasy baseball. As we enter the late stages of June, we’re getting very close to the midway point of the season. Don’t let up now — milk that wire!

This week, Josh Donaldson won his appeal, having his one-game suspension repealed; Dallas Keuchel made his Braves debut Friday and looked a tad rusty; and Adbert Alzolay made an immediate impact on the Cubs’ bullpen.

Jake Bauers, 1B/OF, Cleveland Indians (ESPN: 31.4 per cent; CBS: 29 per cent): The Indians needed Bauers to take a step up this season, but after a decent April (.256/.344/.410), he really struggled last month (.194 BA). However, the kid is starting to pick things up more recently, highlighted by hitting for the cycle just over a week ago (see video below). At .393 with two homers, five runs and five RBI over the last week and an OPS of 876 so far in June, Bauers is starting to deliver on the hype. The former Rays prospect was meh with Tampa Bay as a rookie, falling short of most projections. Bauers was expected to be an above average and patient hitter, and while we saw some evidence of that last year with his walk rate, this season, his BA is slowly but surely heading closer to those projections.

Michael Lorenzen, RP, Cincinnati Reds (ESPN: 2.3 per cent; CBS: 9 per cent): Have you noticed that Lorenzen has earned the last two saves for the Reds? Raisel Iglesias is still the closer in Cincy, but this is certainly an interesting development and suggests that at the very least there is a position battle at play here. With five scoreless outings out of his last six games (including three straight perfect appearances), Lorenzen is pitching very well lately, and he’s been quite sharp after a rough May (5.14 ERA). Last year, his season got off to a late start because of a shoulder injury, but this season — pitching exclusively out of the bullpen — he’s been healthy and nearly as effective as he was in 2016. Lorenzen is worth a speculative pickup as we see how this plays out.

Taylor Rogers, SP, Minnesota Twins (ESPN: 21.1 per cent; CBS: 47 per cent): With Blake Parker dealing with a family medical emergency, Rogers is a great short-term pickup, but the fact is Rogers is likely the better pitcher, so is worth owning regardless of who’s closing. Rogers has chalked up six scoreless outings over his last seven games, earning a win and five saves along the way. He’s gotten better each season, and is now pitching at a calibre that likely deserves All-Star Game consideration.

Ryan McMahon, 1B/2B, Colorado Rockies (ESPN: 7.6 per cent; CBS: 43 per cent): We’ve been waiting for this dude to put it together for some time now, and after a couple of false starts, McMahon seems to have figured it out. He’s riding a seven-game hit streak, has 10 RBI over the last five and six runs with four doubles over the last four. McMahon hinted at his power potential last year, but has taken a big step forward in that regard this season. He’s hit into four DPs, but with a 780 OPS, he’s finally a Fantasy asset and is locked in as an everyday player. Better yet, McMahon has recently moved up to fifth in the batting order and that’s really helped.

Those of you that know us well probably know we have a soft spot for the Blaxploitation genre — especially the soundtracks. Nat Dove has been scoring films since 1974, and while he hasn’t released anything new in 10 years or more, he’s still alive and kicking. His work with The Devils on the 1977 movie Petey Wheatstraw — The Devil’s Son-in-Law was simply superb. Here’s the track “Ghetto St. U.S.A.,” co-written by Mary Love, the late soul singer that was originally discovered by Sam Cooke‘s manager.

By RotoRob
This entry was posted on Saturday, June 22nd, 2019 at 4:43 pm and is filed under BASEBALL, RotoRob, The Wire Troll. You can follow any responses to this entry through the RSS 2.0 feed. You can skip to the end and leave a response. Pinging is currently not allowed.