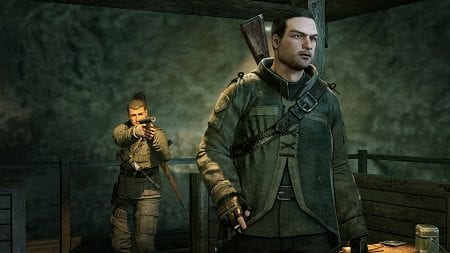 While it wasn’t the most refined experience when it launched, Sniper Elite v2 feels even clunkier today. There’s just no precision to movement, sprinting or getting in and out of cover – and don’t even get us started on how slowly you move when crouched. It’s all serviceable, but that’s as complimentary as we’ll go on it. The decision to make your sniper so ordinary with his secondary weapons is still mystifying as well, as even if you crouch and wait for an enemy, the reticule never shrinks down enough for really accurate shooting.

We wouldn’t consider this game a looker at any point in its lifecycle, and whatever improvements have been made to polish it up can’t hide its last-gen roots. Everything feels closed off, designed to usher you through a pretty narrow path. Even the “open” areas aren’t very open. Despite that, the Kill Cam still delivers the goods, shattering bones and popping organs. It’s visceral and grisly, making for some of the coolest isolated moments seen in a shooter.