Can Torey Lovullo Clean up the Mess in Arizona? 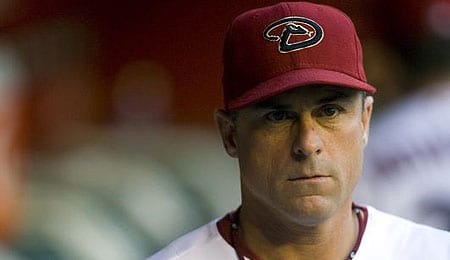 The Arizona Diamondbacks showed some promise in 2015, flirting with a .500 record, but after slumping to 69 wins last season (a drop of 10 games from the previous season), the team fired Manager Chip Hale (who was clearly frustrated all season — see video below).

Enter Torey Lovullo, hired in early November to take over the squad on the field. The D-Backs also cleaned house above, hiring a new general manager, Mike Hazen, shortly after the season.

The fact that Hazen had a long history with Lovullo (they worked together in both Cleveland and Boston) surely was a factor, but Lovullo is fairly inexperienced as the main man in the majors. Other than an impressive 49-game stint as the interim manager in Boston in 2015 (when John Farrell was dealing with his illness), Lovullo has been limited to minor league managing and major league coaching.

To help combat the fact Lovullo is somewhat green, Ron Gardenhire — who managed the Twins over 2,100 games — has been brought in as a bench coach in what has to be considered a very smart hire.

Arizona has opted for a slow burn approach, deciding against making massive roster changes, but rather just tweaking and trusting in the talent it currently has in place. Considering the team has suffered three straight losing seasons, and has failed to make the playoffs since 2011, that approach may not fly with its fan base unless there are some pretty instant results.

In fairness, one of those said tweaks was fairly major. Last month, the Diamondbacks traded away Jean Segura, Mitch Haniger and Zac Curtis to Seattle for Taijuan Walker and Ketel Marte.

Adding Walker should go a long way towards addressing Arizona’s biggest weakness in 2016 — pitching. The team ranked dead last in both ERA and WHIP, and if Walker can remain healthy and continue to progress, he should help turn that disaster around.

In his second crack at the bigs last year, Marte generally took a step back, although some areas of his game were improved, and at the age of 23, he’s a great bet to be a big part of Arizona’s future.

The D-Backs needed a sweep in their final series just to avoid the NL West cellar, so there’s plenty of work that needs to be done here.

One area the team still needs to address is behind the plate. Yes, after watching both Welington Castillo and Tuffy Gosewich leave as free agents, they’ve added free agents Jeff Mathis and Juan Graterol, but neither of them is a legitimate No. 1. Mathis actually hit better last year, but there’s a reason he’s had over 250 at-bats just once. Graterol, meanwhile, will be 28 next month and has all over nine games major league experience. Veteran Chris Herrmann is still on the team, but we’ve seen his best and he’s probably no better than a platoon option.

There’s talk that Arizona may make a play for free agent Matt Wieters, although Atlanta and Washington are reportedly also looking at him.

Even if Wieters lands in the desert, it seems most of Arizona’s growth will likely be organic. For instance, can outfielder Socrates Brito, one of the team’s top prospects, stick as a big leaguer and provide modest power and speed while backing up all three outfield slots? He got a longer look last year, but struggled after impressing in his brief debut in 2015. Brito will need to show more, but the decent extra-base pop he flashed at Triple-A was promising.

An even bigger wild card for the Snakes is Zack Greinke. They gave him ace money (his 2017 salary will represent a third of the team payroll), but his ERA rose to its highest level since 2005. Greinke is a proven elite pitcher, so he has to be better this year, right? He better be for this team to have any hope of stopping its streak of losing seasons, never mind jumping back into contention.

Arizona entered 2016 with a lot of promise. Many thought it was definitely going to be a .500 team, and possibly even a surprise playoff contender. Instead, the D-Backs took a major step backward.

The Diamondbacks also need bullpen help. It was a shit show last year and looks even worse now that Brad Ziegler and Tyler Clippard were traded and Daniel Hudson was allowed to walk. Hudson didn’t exactly pitch well last year, but he had emerged as a major workhorse the last couple of years.

Fernando Rodney was signed to take over as the closer, but really? He’s been durable and can still earn saves when given the shot, but is as old as dirt and could implode at any time. Don’t be shocked to see another signing or two on this front before the season kicks off.

Having outfielders A.J. Pollock and David Peralta healthy will be huge for the Snakes. Pollock was limited to just 41 at-bats last year because of a broken elbow. The season before he emerged as an All-Star. Peralta hurt his wrist in May, then suffered a back injury, and then reinjured his wrist. All told he was limited to 171 at-bats a season after breaking out in 2015.

Clearly, the pieces are in place for some major improvement. but a lot of things will have to break right for Arizona to be a playoff team in 2017. We expect the D-Backs to be better this year, with an eye towards moving into postseason contention in 2018.

Now it’s your turn. Let us know in the comments below how you think Arizona will do in 2017.

By RotoRob
Tags: Arizona Diamondbacks, Torey Lovullo
This entry was posted on Tuesday, January 3rd, 2017 at 8:01 pm and is filed under BASEBALL, RotoRob, Team report. You can follow any responses to this entry through the RSS 2.0 feed. Both comments and pings are currently closed.