MLB Today: Noah Syndergaard Pitches His Heart Out in Loss 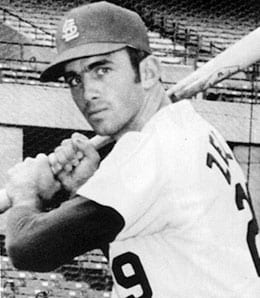 In our recent research, we uncovered a sort of 1970s version of Moonlight Graham. The St. Louis Cardinals signed catcher Bart Zeller as an amateur free agent in 1963, and he finally made it to the bigs in late-May 1970, when he appeared defensively for two-thirds of an inning, but never actually came to bat. He was released a couple of weeks later and signed with the Brewers that offseason, but was dealt in July 1971 to the Yankees and never appeared in the majors for either organization.

Baseball is filled with stories like that, but there really was a Moonlight Graham feel to this one, so we thought we’d share it. Now, on to Wednesday’s Wild Card action and other news from around the world of baseball…

Noah Syndergaard gave the Mets everything they could ask for in the Wild Card game against the Giants, but he tossed seven shutout innings and nearly 110 pitches, Thor was pulled as Manager Terry Collins had to go to his bullpen to preserve a scoreless tie. We all know how that worked out, but you can’t blame Syndergaard; he was spectacular, racking up the Ks (see video below) as he continues to build his already impressive resume.

Syndergaard vacillated between untouchable and pretty damn amazing this season, never recording a monthly ERA higher than 3.86 (his only month above 2.84, actually). Overall, he took a major step forward in his sophomore season, proving generally healthy (there were some scares) while trimming his ERA substantially despite a higher WHIP. Still, in looking at his FIP (2.29), there’s no doubt Syndergaard’s bottom line results are the real deal.

And unlike his opposite number on Wednesday, Madison Bumgarner, Syndergaard also has a way with words:

Baseball has a way of ripping your ?? out, stabbing it, putting it back in your chest, then healing itself just in time for Spring Training.

Thor had a no-hitter going until two outs in the sixth inning, and generally looked absolutely overpowering during his seven frames — 42 of his pitches were clocked at 98 mph or higher — but the Mets wisely opted to not overextend their young ace. No one should second guess that decision.

By the way, in the wake of the idiot that threw the beer can at Baltimore Hyun Soo Kim on Tuesday in Toronto, it’s worth pointing out that not all of us that live in Toronto are idiots. At least not all the time. But we do like beer. A lot. Meanwhile, Toronto’s finest are confident they’ve identified the dude who tossed the can (allegedly Ken Pagan, but this story is far from written in stone). Punishment for such crimes in the city used to be season tickets to the Leafs, but given the excitement for the upcoming season, perhaps that’s not longer seen as such a severe sentence.

Speaking of Toronto, the Jays will once again face Texas in the ALDS, starting Thursday afternoon. Jose Bautista spanked his fifth career postseason dinger in the Wild Card game. He’ll need to do more of that to take the sting away from what was his worst full season with the Jays since 2009. So far, so good, as Bautista has a single, a run and a ribbie as the Jays are laying a beat down on the Rangers in fifth inning of Game One, 7-0.

Now it’s your turn. Let us know in the comments below what kind of season you expect Syndergaard to have in 2017.

By RotoRob
Tags: Bart Zeller, MLB, Noah Syndergaard, St. Louis Cardinals
This entry was posted on Thursday, October 6th, 2016 at 6:25 pm and is filed under BASEBALL, MLB Today, RotoRob. You can follow any responses to this entry through the RSS 2.0 feed. Both comments and pings are currently closed.