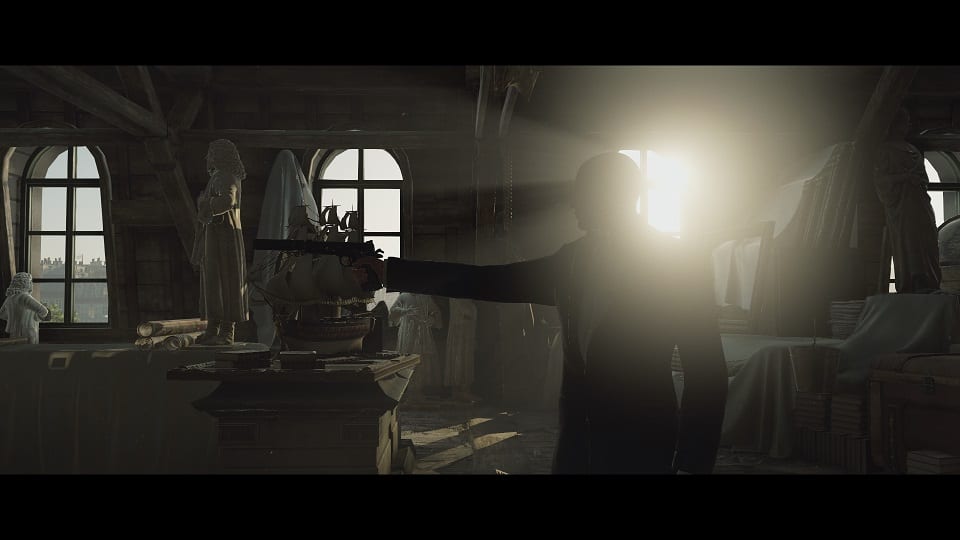 While TellTale Games popularized the episodic release model, Square Enix got in on the action last year with its five-part series, Life is Strange. Now, Square Enix is taking it one step further and becoming the first company to release a legitimate AAA franchise in that fashion. Simply entitled Hitman, the sixth installment in the series will be broken up into seven episodes throughout 2016, starting with Episode 1, which introduces us to the franchise’s new reality.

Things operate pretty smoothly, though with so many of your options being contextual there are ample opportunities for frustration. For example, you might be following your target through a crowd, armed with a lethal syringe that requires you to hold “X” to use it. The problem is the option may vanish several times or be transferred to someone you don’t want to kill. Another common instance of this is people near doors. Sometimes the game doesn’t seem sure whether to offer door or person interactions — that can be an issue when you’re in a rush.

Despite the occasionally irritating implementation of contextual actions, the sheer volume of options made available through that system is one of the game’s high points. Walk up to an unattended drink and you’ll be given the opportunity to slip poison in it (provided you’re carrying some). Sabotage the ejector seat on a fighter jet. Rig a video camera to explode. There are literally dozens and dozens of interactions on tap here, and they help provide tremendous replay value.

Of course, being that you’re an assassin and all, Agent 47 does support the right to bear arms. Toggling through your inventory is easily done with the d-pad, and once you’ve selected an item or weapon aiming is clean and responsive. Don’t mistake that to mean open combat is a good idea. Your ground game is built on stealth, so while you can hold your own against a couple guards you’re not going to win a full-scale firefight against multiple hostiles.

Perhaps the most vital item in your arsenal are your “instincts,” which have been quantified here by turning the world ghostly and allowing you to see outlines of people and objects with your targets showing in red. It’s activated by pressing the right bumper and is essential to avoiding frequent alert states or the reloading of previous save points. Learn it, love it.

While only three of the game’s locations are contained in Episode 1 — a pair of training missions, one on a boat and another at an airfield, and a fashion show in Paris — you can see the amount of care and detail that went into crafting them. It’s particularly evident in Paris where the sheer scope and amount of area to explore is nearly overwhelming. There are also tons of NPCs bustling about, prepping fashion models, preparing drinks or just watching the show.

There isn’t a ton to get into on the audio side outside of a few cut scenes and some in-mission banter between Agent 47 and Diana. It’s all fine, but with such a small amount of the story elements acted out it seems best to reserve judgment at this point. The ambient noise is well done at least, and there is some good situation-specific dialogue to be found, such as when you wander between a cameraman and a reporter.

It’s difficult to summarize a plot that appears to be in its infancy as two-thirds of Episode 1’s content takes place 20 years in the past and serves as a tutorial. From what we can tell there’s someone familiar with Agent 47 on the other side of the equation, and he’s currently in possession of valuable intel culled from around the globe by Viktor Novikov and Dahlia Morgolis — your targets in Paris and the apparent leaders of the nefarious IAGO spy ring.

As with its predecessors, gameplay in Hitman is built around taking out specific target(s). Rather than mess with that formula, IO Interactive has elected to add onto it by creating an exponentially larger location with literally dozens of ways to carry out the hit. And with only one true mission to be found the game’s short-term value lies in its ability to draw you back in and replay what’s on offer repeatedly.

How you feel about that formula will likely dictate your feelings on the episodic model. If you’re someone that just wants to complete a mission and move on to the next, you can legitimately finish these missions in 90 minutes or less. If, however, you find pleasure in scouring the world for new and interesting ways to eliminate your targets, that playtime will grow dramatically.

One area in which that setup hurts Hitman is in the Contracts mode in which other players can create new hits for you to carry out. The problem is that if you’ve already replayed the Paris episode 20 times in the story, the interest level in returning to the fashion show to target secondary NPCs isn’t that compelling.

Hitman tries to keep it reasonably fresh by unlocking new options for your loadout, disguise and starting location, but you’re still ultimately hunting the same people in the same area.

You’re free to try out all manner of approaches, and the game is quite forgiving, saving automatically with great frequency and allowing you to save manually at any point. While that’s a nice feature, Hitman does carry some lengthy load times whether launching a level for the first time or simply going back to erase a foolish misstep from moments earlier.

It’s impossible to make a definitive judgment based on one-seventh of a game, but the newly expanded levels and corresponding options makes for an exciting start for Hitman. Although it’s pretty light on content (and even lighter on story), Episode 1 effectively sets the stage and hopefully gives IO Interactive a chance to iron out a few kinks moving forward.

By HC Green
Tags: Hitman: Episode 1, Paris, Telltale Games, Video Game Review
This entry was posted on Tuesday, March 15th, 2016 at 8:02 pm and is filed under Herija Green, Video Game Reviews. You can follow any responses to this entry through the RSS 2.0 feed. Both comments and pings are currently closed.