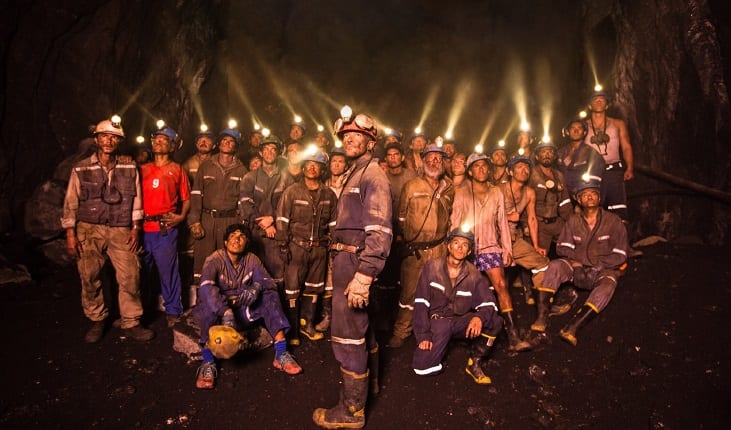 While the five-word phrase “based on a true story” can mean almost anything in Hollywood, in the case of The 33 it’s safe to say that it is. The 2010 Chilean mining disaster that garnered nearly round-the-clock coverage serves as the genesis of director Patricia Riggen’s film. Just having the content grounded in reality doesn’t guarantee an entertaining experience, however, so let’s see how compelling they were able to make this real-life inspirational tale.

Back in 2010, the San Jose Mine in Chile collapsed, sealing it and trapping 33 miners deep below the surface of the Earth in an ill-equipped rescue chamber. Safety measures were ignored for cost reasons, which included ladders leading out through the chimneys not being completed and a radio to contact those above ground turning out to be inoperable.

Theoretically equipped to sustain the miners for three days with food and water, the poorly stocked rations left them in a much direr situation. Meanwhile, above ground, the San Estaban Mining Company was prepared to write the miners off as lost until their friends and family managed to bring the incident to the attention of the government.

Despite less-than-encouraging odds, the government decided to launch rescue efforts by drilling down in an attempt to reach the sanctuary and determine the status of the 33 miners. Eventually, some 17 days after the men became trapped underground, the rescue workers were able to establish contact with the miners, all 33 of them. Now it’s a matter of getting them out alive.

We’ve always found Antonio Banderas, who plays the “leader” of the subterranean group, “Super” Mario Sepulveda, to be a likable actor. And even though he can be a little bit over the top with some of his delivery (“It’s what I choose to believe!”), Banderas’ presence in the film provides a calming influence in a role that needed it. Rodrigo Santoro (Focus) also does a nice job as Minister of Mining Laurence Golborne, who spearheads the rescue efforts.

Easily our No. 1 complaint about The 33 is that it is simply too long. At least 20 minutes too long. After a brief introduction to some key characters as they go about their daily lives and the requisite “this mine isn’t safe” talk/foreshadowing, the mine collapses and their ordeal begins. That means most of the film’s two-plus hours is spent alternating between misery below ground and desperation above.

Granted, those low notes set up the emotional high ones, and the movie tries to break things up by interjecting some humorous moments — mostly centred on an ongoing love triangle — here and there, but eventually it reaches a point when you’re ready for them to get rescued. And yes, we realize there’s a certain irony in that statement, but everyone knows how this situation ended so when obstacles keep popping up in the final act there’s no concern they won’t overcome them.

There was an opportunity to create an interesting look at the actual press coverage of the event and maybe even talk to some of the people the movie is based on, but unfortunately “The World Was Watching” special feature is a very brief rehash with footage culled from the film. A quick look at how they created the mine collapse and a theatrical trailer round out the uninspired extras.

For all its formulaic setups, The 33 still manages to create plenty of emotional situations, especially when you consider this is something these miners really went through. Tighter pacing would’ve helped maintain the interest level, but it’s still worth watching.

By HC Green
Tags: Antonio Banderas, Blu-ray reviews, Hollywood, Patricia Riggen, The 33
This entry was posted on Monday, February 15th, 2016 at 5:59 pm and is filed under Herija Green, Movie Reviews. You can follow any responses to this entry through the RSS 2.0 feed. Both comments and pings are currently closed.