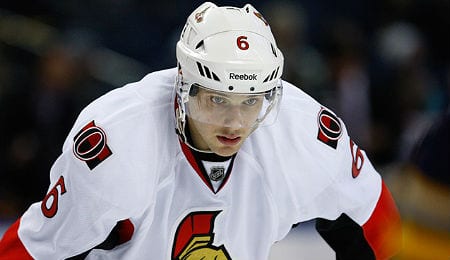 Well, we should have seen a Sidney Crosby injury coming. At least this season it’s not the mumps. What would have happened if Connor McDavid was playing last season and caught the mumps? Would they have been called McMumps? To find this out this and more injury news, read below for the latest edition of Hockey Hospital (sorry, but we’re not really going to talk about McMumps. We hope we didn’t disappoint you too much, and yes, we also dream that this becomes a thing in the future).

Quick question: How many Penguins are currently injured? Only four. But how many of these are key contributors? Crosby, Marc-Andre Fleury, Kris Letang and Beau Bennett are all out of the lineup. That’s the Pens’ first line centre, number one defenseman, starting goalie, and possibly a top six forward. We know the Rangers would barely even be able to function if they lost Rick Nash, Henrik Lundqvist, Ryan McDonagh and Kevin Hayes.

It’s weird how unlucky the Penguins are with injuries. Crosby may not have been scoring at an insane pace like he has in the past few seasons, but he is still very important to Pittsburgh even when he isn’t producing. We never really thought of this but Crosby has never made it through a full 82 game schedule. Maybe Crosby and the Penguins are cursed. They are certainly in major crisis mode currently.

Crosby’s injury creates a massive hole on the second line. Without Sid the Kid, Nick Bonino was placed on a line with Phil Kessel and Chris Kunitz. Bonino looked good on that line and managed two assists in Monday’s game against Columbus. If Crosby is going to be out for a few more games, Bonino could make a nice addition.

Connor McDavid, C, Edmonton Oilers: McDavid (shoulder) has been skating for the past week and is making progress in his recovery. He doesn’t have a specific return date in mind but he is steadily getting healthier, so should be on track to return in January.

Bobby Ryan, RW, Ottawa Senators: Ryan was forced to leave Sunday’s game against the Lightning after aggravating his hand injury and missed Tuesday’s against the Panthers. Ottawa is currently struggling, and is dealing with some mounting health concerns.

Marian Hossa, RW, Chicago Blackhawks: Hossa has missed the past two games because of an upper-body injury but is expected to return after the Christmas break. The Hawks really need his offensive contributions, not to mention his skill and size up front.

Kyle Okposo, RW, New York Islanders: Okposo hasn’t been able to play in the past two games because of a lower-body injury and it’s uncertain if he’ll be healthy after the Christmas break. That’s a blow to the Isles, who have discussed dealing the 2006 first rounder.

Depending on how long Okposo will be on the shelf, a nice spot should open up next to John Tavares. So far Anders Lee has been skating on the top line and if he stays there for a few games, he should provide a lot of short-term value.

David Savard, D, Columbus Blue Jackets: Savard was placed on injured-reserve and will likely be out for a month because of an ankle injury.

Coach John Tortorella likes to play Savard a lot and it shows in his ice time — he was consistently getting 24-to-26 minutes per game. Now that he’ll be on the shelf for the next month (and Jack Johnson is also out), look for Ryan Murray to get more responsibility. In the past two games without Savard, Murray has skated 27 minutes and 31 minutes and also saw an increase in his power play time. Murray has a lot of potential, as evidenced by the fact that he was drafted second overall in 2012 by the Blue Jackets, and he should see an increase in points, so go ahead and pick him up if you need blueline help.

Dan Girardi, D, New York Rangers: Girardi is day-to-day with a knee injury. While he does get a modest amount of blocked shots, he provides little Fantasy value. However, with Girardi and Kevin Klein both being out, the Rangers have been playing rookies Brady Skjei and Dylan McIlrath. Skjei is considered to be the Rangers top defensive prospect and it can only help to give him a little experience.

Garret Sparks, G, Toronto Maple Leafs: A lower-body injury will keep Sparks out indefinitely, leaving Jonathan Bernier as the only goalie left standing in the Toronto crease. Bernier has played in five straight games and should continue to see most of the starts for the time being.

Antti Raanta, G, New York Rangers: Raanta was forced to leave Thursday’s game early after taking a puck to the mask. While he doesn’t get to start many games, he was able to post good numbers in the limited action he saw. This is likely a short-term situation given that Magnus Hellberg was sent back to the AHL on Wednesday. Expect to see Raanta back after the holiday.

Now it’s your turn. Let us know in the comments below what Fantasy hockey injuries you’re dealing with and how you’re filling those holes.

By Scott Maran
Tags: Bobby Ryan, Ottawa Senators, Sidney Crosby
This entry was posted on Wednesday, December 23rd, 2015 at 2:57 pm and is filed under HOCKEY, Hockey Hospital, Scott Maran. You can follow any responses to this entry through the RSS 2.0 feed. Both comments and pings are currently closed.