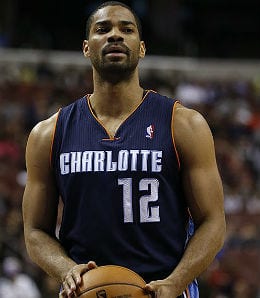 The NBA is officially in full swing, We are over two full weeks into the season and life is starting to feel right again. So while you bask in the wake of LeBron James’ huge night Friday, let’s get to this week’s Fantasy basketball waiver wire recommendations.

Gary Neal, PG/SG , Charlotte Hornets (ESPN: 4.5 per cent; CBS: 17 per cent): Neal has turned into a really solid Sixth man. He’s been scoring really well this season, potting at least 14 points in five of nine games, while not playing fewer than 24 minutes in any game. Neal’s also been on the floor in key moments, as you can see in the video below. He is battling a very minor injury, but played Friday and for the most part played well, draining two treys en route to 14 points.

Kentavious Caldwell-Pope, SG, Detroit Pistons (ESPN: 11.8 per cent; CBS: 50 per cent): Caldwell-Pope has been a nice surprise for the Pistons this season as the former eighth overall pick has really stepped up his game. One of the nicest surprises from this young man has been his three-point shooting. He has made 16 of his last 36 attempts from beyond the arc over the last six games. You would like to see KCP’s other numbers go up, but if you are looking for a three-point specialist, he may be your guy, even if his shooting is inconsistent. He has had games of 1-for-6, 0-for-6 and 1-for-8 from downtown, but when he gets it going, he gets it going. The bottom line is any guy averaging 36 minutes needs to be owned — especially one with this kind of upside.

P.J. Tucker, SG/SF, Phoenix Suns (ESPN: 1.1 per cent, CBS: 30 per cent): A really nice pick up in category leagues, Tucker is filling up stat sheets. He’s nearly been a 1-1-1 guy (averaging a three pointer made, block, and steal) and is also getting over five rebounds a game. The main reason Tucker has been under the radar is because he missed the first three games of the season with a suspension.

Luc Richard Mbah a Moute, SF/PF, Philadelphia 76ers (ESPN: 0.3 per cent; CBS: 5 per cent): One of the most underrated players in the league, Mbah a Moute has the good Fantasy fortune to be on the 76ers, where somebody has to do something. He has played really well so far — especially in rebounding. Last week, Mbah a Moute had a 16-point, 11-rebound breakout game against the Bulls, and he flirted with another double-double Friday.

Lavoy Allen, PF, Indiana Pacers (ESPN: 2.3 per cent; CBS: 18 per cent): With seemingly everyone injured for the Indiana Pacers, undersized (6’9″) power forward Allen has stepped up and played big, turning into a legitimate double-double threat. We watched him the entire game against the Jazz on Tuesday and he looked great, finishing with 12 points to go along with a massive 15 rebounds. With Allen’s minutes up for the short term, and minutes likely being earned for the long term, he is worth a spot on your roster.

Harrison Barnes, SF, Golden State Warriors (ESPN: 21.8 per cent; CBS: 47 per cent): Barnes has been handed the starting job at SF over Andre Igoudala and has produced. Barnes has averaged 12 points and has shot the ball extremely well — not many wings shoot 57 per cent from the field and 50 per cent from deep. Like we said last week, players that are starting on one of the top teams in the NBA need to be owned.

Shawne Williams, SF/PF, Miami Heat: Williams, who was waived by the Lakers last season, has found a home in South Beach, recently taking over as the the starting three for Josh McRoberts (toe). In the last two games, Williams has canned nine treys, and has gone 13-for-17 overall from the field. He’s even playing some decent D, which isn’t hurting his chances for more PT (he played 33 minutes Friday).

Chris Kaman, Portland Trail Blazers (ESPN: 9 per cent; CBS: 21 per cent): Kaman has continued to produce and play well as he gets older. In limited minutes, he is putting up big numbers. If LaMarcus Aldridge or Robin Lopez were to go down with injury, Kaman would put up numbers worthy of a top 15 centre and possible a 20-10 guy. Kaman is a great pick up this week, and a player you need to own if you have Aldridge.

Steven Adams, Oklahoma City Thunder (ESPN: 5 per cent; CBS 42 per cent): After a lot of preseason hype and earning the starting job for the Thunder, Adams has fallen off the radar. However, he is still playing well. We think the return of Russell Westbrook and Kevin Durant will actually improve Adams’ stats. Now is a good time to pick Adams up.

By McCade Pearson
Tags: Charlotte Hornets, Detroit Pistons, Gary Neal, Kentavious Caldwell-Pope, LeBron James
This entry was posted on Saturday, November 15th, 2014 at 4:22 pm and is filed under BASKETBALL, McCade Pearson, The Wire Troll. You can follow any responses to this entry through the RSS 2.0 feed. Both comments and pings are currently closed.