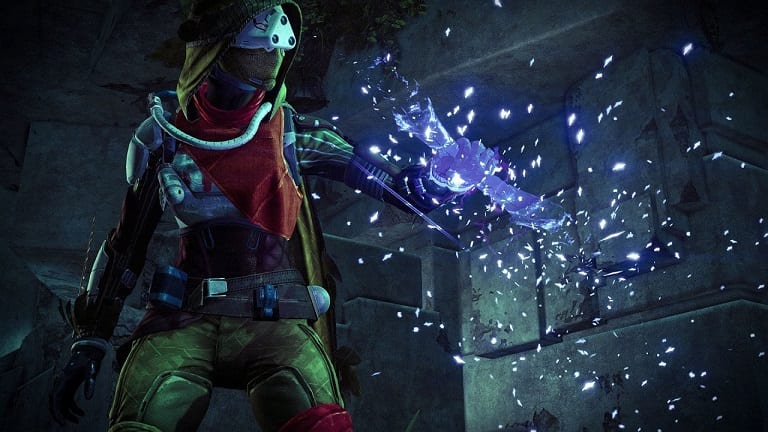 All you have to do to defeat Oryx, is bow-lieve!

It may not be etched in stone, but a year (plus/minus a few months) seems to be the point at which many games stop actively supporting their community — often just in time to usher in the latest release in their series. Bungie, however, decided to go the opposite direction and mark the one-year anniversary of Destiny by releasing loads of new content via The Taken King.

Although not an entirely new experience, it adds a lot more to the universe than the previous two expansions combined. It’s also priced accordingly, checking in at US$39.99. If you ignored The Dark Below and House of Wolves you can scoop up the Legendary Edition, which includes both along with the base game, for US$59.99 (conversely, if you bought them as they launched, The Taken King will push your total investment north of US$140).

One of the cool things about this is that these events don’t take place in a vacuum. The arrival of the Taken seeps into other areas, with strike teams showing up during planetary patrols. Early insurgents are little more than cannon fodder, but kill enough and more powerful variants will show up, led by a legitimately tough foe (soloing will get you respawning no matter the difference level between you and your enemies).

While it’s not an incredible story, The Taken King campaign does deepen the fiction and actually tries to mix up the gameplay with a little diversity courtesy of some stealth and escape objectives. Again, these aren’t pushing any boundaries, but it’s a respite from constantly mowing down your enemies, and the dose is small enough that they don’t feel boring.

Probably the biggest disappointment about the new campaign is that the primary new location — Oryx’s Dreadnaught ship orbiting Saturn — feels a lot like stuff you’ve already seen and run countless strikes through. Granted, continuity within the universe makes sense, but it still would’ve been cool to see something completely unique (maybe on the surface of Saturn).

The Taken King packs plenty more content beyond the new campaign as well. This includes four completely new strikes and three revised ones along with the King’s Fall raid, which is meant to test the skills of even the best Destiny players. If, like us, you’ve blown through all the current strikes dozens (if not hundreds) of times, the additions are very welcome.

Perhaps even more exciting to long-time players is the addition of new specializations to be unlocked via quest by each of the three main classes: Warlocks can now become Stormcallers, Titans can be Sunbreakers and Hunters can unlock the Nightstalker subclass. Each of the new subclasses is pretty cool, though we always skew toward the Hunter, where the Nightstalker’s Void Bow looks completely bad ass.

On the competitive side, eight new map locations have joined the fray along with three new modes, led by Rift, the illegitimate (and more serious) cousin of Griffball, and Mayhem, where cooldown times for Super abilities and grenades are significantly reduced, which allows for all kinds of frantic action.

Tons of other aspects have been tweaked as well, including an overhauled leveling system based purely on experience with a new cap (Level 40), more quests with clearly explained steps/rewards and, of course, new guns, armour and shaders. Within this is a streamlined system that makes staying on top of your current objectives easier than ever. It’s pretty clear Bungie put a lot of work into updating and refining the world of Destiny, and that nothing appears to have been off limits in that pursuit.

There’s bound to be blowback on some of these changes, but it feels like most were made for the best — though that’s spoken as someone that didn’t come close to sinking the kind of obsessive hours into the game that some have.

Although there’s still work to be done, The Taken King expansion elevates Destiny and breathes some serious life into the product just as an imposing slate of new releases looms on the horizon. In short, this suite of alterations made the game fun (and reasonably fresh) again. Now if we could just get our enemies to drop better engrams…

By HC Green
Tags: Activision, Bungie, Destiny, The Taken King, Video Game Review
This entry was posted on Tuesday, September 22nd, 2015 at 5:52 pm and is filed under Herija Green, Video Game Reviews. You can follow any responses to this entry through the RSS 2.0 feed. Both comments and pings are currently closed.