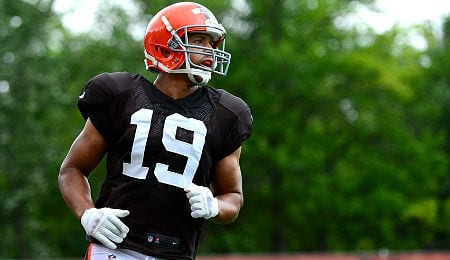 On this week’s episode of RotoRob Fantasy Football Weekly Podcast, heard every Wednesday at 1:30 p.m. EST on Blogtalkradio, Nick Wagner and Josh Johnson were joined by Trent Davis of SpoonFedSports.com and Jerry Palleschi of ESPN991.com.

Among the eye boogers we picked:

Now it’s your turn. Let us know in the comments below what you thought of our pigskin prattle.

Appearing on next week’s Podcast will be our extremely good friend, Howard Bender of Fantasy Alarm.

strong>Save $1 on the 2014 Fantasy Football Guide

By Josh Johnson
This entry was posted on Thursday, August 28th, 2014 at 12:28 pm and is filed under FOOTBALL, Josh Johnson, Nick Wagner, Podcast, RotoRob Fantasy Football Weekly. You can follow any responses to this entry through the RSS 2.0 feed. You can skip to the end and leave a response. Pinging is currently not allowed.