The Fourth Annual 12 Days of Code-mas! 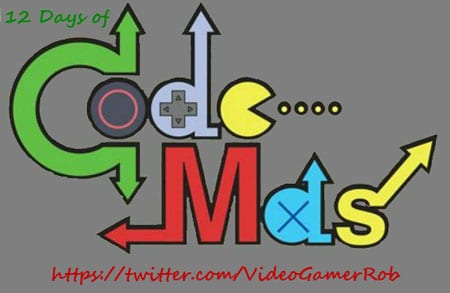 In Soviet Russia, code redeems you.

Another year is almost in the books, which means the time for our Fourth Annual Code-mas has arrived. Time for Gamer Claus to hand out CODES! CODES! CODES! to all the boys and girls. For 12 glorious days starting Friday, December 13, and ending Tuesday, December 24, we’ll be selecting winners, dropping codes and giving away some awesome games.

Far Cry 3: Blood Dragon
The Cave
Stick It To The Man!
Brothers: A Tale of Two Sons
Velocity Ultra

Step 1. Post a comment below listing the games you’d like to win in order of desire from highest to lowest. You can list as many or as few as you’d like, and if you win your code will be awarded based on the highest remaining title on your list; just make sure to include platform of choice with games available on more than one system.

Please include your @Twitter name if you have one — if not, make sure the e-mail you use when entering your comment is correct so we have a way to contact the winners.

Step 2. Tweet the following: “Merry Codemas! Follow @VideoGamerRob and enter to win one of more than 50 titles from 12/13 – 12/24 — http://bit.ly/IOnrra #codemas” — Please make sure to include the hashtag for tracking purposes.

Please note the order in which games are handed out will be random based on winner preferences except for “grand prizes,” which will be awarded starting on Saturday, December 21, and then continuing through the final day of the contest.

Good luck everyone, and happy holidays from all of us at RotoRob.com!

By HC Green
Tags: Code-Mas
This entry was posted on Tuesday, December 10th, 2013 at 6:30 pm and is filed under Contests, Herija Green, Video Game Reviews. You can follow any responses to this entry through the RSS 2.0 feed. Both comments and pings are currently closed.