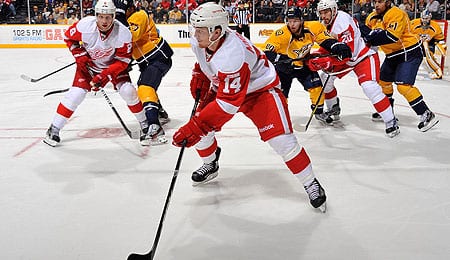 By Chris Wassel
Tags: Andrew Shaw, Cam Talbot, Detroit Red Wings, Eric Gelinas, Gustav Nyquist, Mark Giordano
This entry was posted on Sunday, December 1st, 2013 at 1:04 pm and is filed under Chris Wassel, HOCKEY, The Wire Troll. You can follow any responses to this entry through the RSS 2.0 feed. You can skip to the end and leave a response. Pinging is currently not allowed.