Tampa Bay Rays on the Brink of Elimination 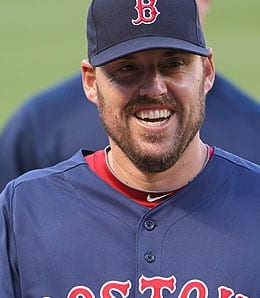 As they have done so many times in the postseason, the Tampa Bay Rays were beginning to look like a team of destiny. After walking into Texas Monday and dumping the Rangers 5-2 in the tiebreaker to clinch the second AL Wild Card spot, the Rays headed to Cleveland Wednesday and shut down the Tribe 4-0 to earn a place in the ALDS.

Tampa Bay then ran into the buzzsaw that was the Boston Red Sox and after pounding a couple of solo homers early in Game One, they ceded 12 unanswered runs. Things were a bit more competitive Saturday, but Boston once again came away victorious, 7-4, to grab a commanding 2-0 advantage in a series that now switches to Tampa Bay starting Monday.

Was Game Two a must win for the Rays? Well, not technically, but history suggests they are up the creek without a paddle. Can Tampa Bay win three straight games, including a potential Game Five in Boston? That sounds like a tall order, especially with starters Clay Buchholz, Jake Peavy and Jon Lester lined up for the BoSox.

David Ortiz, No. 1 on our DH Rankings heading into the season, led the way for Boston, mashing two solo homers. While Big Papi wasn’t quite as studly as last year’s great bounce back effort, he stayed healthy enough to enjoy better counting cat numbers and rack up a seventh 30-homer season to get within shouting distance of 450 jacks for his career.

Red Sox starter John Lackey, meanwhile, was definitely not at his best, but he stuck around long enough to earn himself the win and he did manage to fan six in 5 1/3 IP while keeping the ball in the yard. Overall, however, it was another shaky outing for Lackey, continuing a trend that started last month as he only looked sharp twice in his last five starts of the season (including that brilliant two-hitter against Baltimore, which was his finest outing all year).

A rough finish doesn’t detract from the fact that Lackey enjoyed a fantastic turnaround, possibly worthy of AL Comeback Player of the Year consideration. After missing all of last year, his run total was way down from 2011 and he flashed the best control of his career in reaching double digit wins for the 10th time.

You kind of got a sense it was going to be tough slogging for the Rays right from the outset Saturday and they managed a leadoff walk and a one-out single, but had that potential scoring threat wiped out by a double play – one of three on the day for Boston that really helped Lackey survive as long as he did.

Boston simply looks like the superior team in this series and as many times as the Rays have pulled off playoff miracles, we don’t see one coming in 2013. Sorry, Buck.

Now it’s your turn. In the comments below, let us know what you expect to happen in the rest of this ALDS.

By RotoRob
Tags: Tampa Bay Rays
This entry was posted on Sunday, October 6th, 2013 at 2:51 pm and is filed under BASEBALL, RotoRob. You can follow any responses to this entry through the RSS 2.0 feed. You can skip to the end and leave a response. Pinging is currently not allowed.