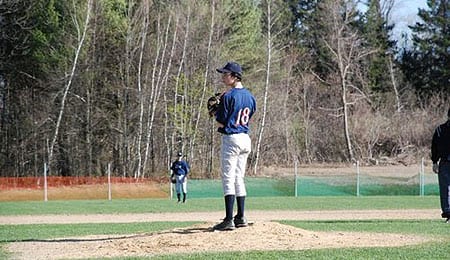 The 2013 MLB Draft (or, as it’s more formally known, the First-Year Player Draft), kicks off with the first round Thursday at 7 p.m. EST and runs through Friday until the 40th and final round wraps up Saturday.

Note that we discussed our projected top five picks in detail in last week’s Podcast, so today will mostly focus on the rest of the first round and subsequent rounds.

This year, most of the top 20 prospects are high school athletes, but the spread is not as great as usual – at least 40 per cent will come from the college ranks. It’s actually not a great draft for high school talent. In fact, overall this year, the talent is not as good as usual. The fact that there’s no slam dunk top overall pick speaks volumes.

For instance, there is a cloud over possible No. 1 overall pick Jonathan Gray after it was revealed this week that he tested positive for Adderall, but most scouts don’t think his draft status will change.

Here are a few tidbits to help you prepare for this year’s festivities – one of the most exciting times of the season for prospect hunters.

The top prospect from the state of New Hampshire (which has produced both Chris Carpenter and Bob Tewksbury, among others) is high school righty David Drouin. At least 10 teams have scouted him, with the Yankees, Tampa Bay and Cincy reportedly showing the most interest in this 18-year-old, expected to go within the top 20 rounds. Drouin dominated this year, putting up a 1.20 ERA and mowing down 80 batters in just 47 IP thanks to a fastball that usually resides in the 89-92 mph, but has been clocked even higher of late (check out the video below for an idea of how hard he throws). He’s also been lauded for his command and presence.

The Chicago Cubs pick second overall, and it will be extremely surprising if they don’t nab a hurler and spend most of the draft focusing on improving their organizational pitching depth. Keeper league owners need to be aware that given the Cubs’ paucity in pitching, more advanced hurlers that are taken this week have a chance to move through the system very quickly.

The Red Sox pick seventh overall – their highest pick since they plucked Trot Nixon seventh overall in 1993. The BoSox may target Georgia high school outfielder Clint Frazier here. He’s considered to have the best bat speed in this draft class and will almost certainly turn pro if he’s taken among the top 10 picks. Frazier, who also has a great arm and an intriguing power-speed combo, would join a system that already boasts prospects Matt Barnes, Anthony Ranaudo, Henry Owens, Bryce Brentz and Blake Swihart, Boston has three picks among the first 81 in this draft, so it’s an important week for Director of Amateur Scouting Amiel Sawdaye, who will be overseeing his fourth draft for the Sox.

Keep an eye on where Tennessee high school pitcher Kyle Serrano goes. He’s projected as a late first rounder or early second round pick, but he has to deal with that long-standing issue that major league teams have against vertically-challenged righties (6’0″). In a nutshell, Serrano has top 10 stuff without the body to match. The son of Tennessee head coach Dave Serrano, would he opt to join his day with the Vols if he slipped in the draft? Serrano’s curve is ranked as one of the best in this year’s draft, so it will be interesting to see if some team decides to buck the trend in the hopes that his body type won’t break down over time.

Speaking of prospects that are related to famous baseball people, North Carolina high school righty Hunter Harvey – the son of former big league closer Bryan Harvey — projects as a mid first round pick. Hunter is athletic and is focused on turning pro, yet he opted to skip the showcase circuit last summer.

Manny Ramirez, Jr. is also expected to be selected this week – probably somewhere in the middle of the draft. The 17-year-old first baseman hit .365 for IMG Academy this year, but don’t expect Boston to take a shot at the offspring of one of the most contentious stars in team history. “We’ve seen him, but we are unlikely to draft him,” a Red Sox executive told The Boston Globe.

Need a shortstop? California high schooler J.P. Crawford should go somewhere between picks 10 and 20, making him the only prep shortstop projected to be a first rounder this year. The 18-year-old is 6’2″, 175 pounds and while he’s not “toolsy,” he offers a diverse enough skill set and is good enough defensively that he should stay at shortstop – an important consideration for keeper league owners that often dig deep for a shortstop only to wind up with a second baseman down the line.

Domonic Smith, a friend of Crawford’s, trained at MLB’s Youth Academy in Compton, Calif. Another potential first rounder, 1B/OF Smith also spent plenty of time pitching. But his bat – he hit .551 with nine dingers as a junior – is why someone will take him in the top 20. It’s great to see the Youth Academy program continue to have success stories (such as Anthony Gose, Trayvon Robinson and Aaron Hicks).

With the eighth overall pick, Kansas City may target RHP Braden Shipley from the University of Nevada. He features three plus pitches and has a good pitcher’s body (6’3″, 190), but is raw, as he just converted to pitching in college. So don’t expect Shipley to rise through the organization quickly.

Crave more in-depth Fantasy analysis? Then join us every Thursday at 9 p.m. EST for RotoRob’s Fantasy Baseball Weekly Podcast on Blogtalkradio. Tim McLeod and RotoRob will entertain and edify you for a half hour or more each week. Next week (June 6), we’re off because of Game Four of the Western Conference Finals, but will return on June 13. Tune in here.

By RotoRob
Tags: 2013 First-Year Player Draft, Jonathan Gray
This entry was posted on Wednesday, June 5th, 2013 at 2:18 pm and is filed under BASEBALL, Draft report, Prospects, RotoRob. You can follow any responses to this entry through the RSS 2.0 feed. Both comments and pings are currently closed.