Jason Giambi Wants to Play On 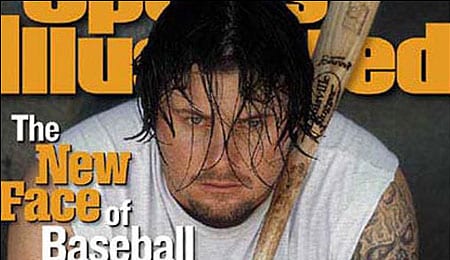 Jason Giambi has gone from SI cover boy to afterthought.

After his renaissance in 2011, we ranked Jason Giambi as the 55th-best first baseman to own for Fantasy purposes heading into the season. Yes, well down the list, but at least back on the radar after his down years of 2009 and 2010.

Well, Giambi has had a season to forget this year, including getting knocked out of action for several weeks with a viral syndrome and falling behind in the pecking order in Colorado because of Jordan Pacheco and Tyler Colvin – both of whom took a backseat to regular starter Todd Helton while he was healthy. The bottom line is Giambi hasn’t even been a top 90 first baseman.

Yet, 41-year-old Giambi wants to return for another season in 2013. Should he call it a day instead?

He’s long ago lost any Fantasy relevance this year, and while he did celebrate his return from the DL on September 1 with a single, Giambi does not have a hit since. He flashed that old form in May (.316, one homer, 5 RBI), but shockingly that has been his only dinger of the season. WTF?

Giambi is not hitting nearly as well this year, but it’s his complete lack of extra-base pop – especially in light of last year’s showing – that is most shocking. He can still draw a walk, but it’s not like he’s going to steal a base or anything once he gets on. Giambi has also reduced his strikeout rate, but the better contact is not manifesting itself in a better BA.

But will the enduring image of Giambi’s career be his steroid mea culpa? Is that his legacy?

By RotoRob
This entry was posted on Monday, September 17th, 2012 at 12:26 pm and is filed under BASEBALL, Player profile, RotoRob. You can follow any responses to this entry through the RSS 2.0 feed. Both comments and pings are currently closed.