Could Derrick Rose Want Out? 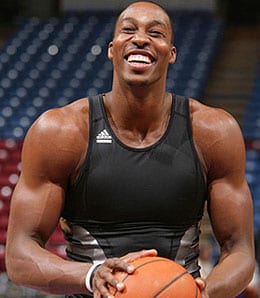 Now that Dwight Howard got his wish, which NBA star will want out next?

The most recent – and rather annoying – trend in the NBA is for superstars to demand trades, usually to specific locales where they can team up with other stars.

Building off Boston and then Miami putting together ‘Big Threes,’ two years ago we dealt with half a season of Melodrama; last year, Dwight’s Plight played out all campaign until he was finally dealt to the Lakers this summer.

So who will be the next star to pull the ‘get me out of here’ act?

Former Orlando Magic head coach Stan Gundy – who knows a thing or two about these things – thinks Chicago Bulls point guard Derrick Rose could want out of ChiTown if the Bulls don’t acquire another star or win a title.

“He’s got good players around him, very good players around him, but if (the Bulls) can’t get another star there for him is he eventually going to look around and say, ‘Hey, I’ve got to work this out on my own and I’ve got to find somehow to get somewhere else so that I will have a chance to play with another star,’” Van Gundy told AM-740’s “The Game” in Orlando. “The league has changed,” he said.

We’ve wondered for a few years when exactly the superstars got bigger than the league, and how exactly this happened.

Rose, coming off a torn ACL in the playoffs that will likely sideline him until the All-Star Game, has said he wants to remain a Bull his entire career. He certainly has the incentive to stick around, having signed a five-year maximum extension worth $90 million prior to last season. But if Rose gets frustrated with Chicago’s inability to take it to the next level, who knows?

He may just be the next superstar to say sayonara to his original club, but our guess is it won’t be happening for a while, if at all.

By RotoRob
This entry was posted on Tuesday, August 21st, 2012 at 12:35 pm and is filed under BASKETBALL, RotoRob. You can follow any responses to this entry through the RSS 2.0 feed. Responses are currently closed, but you can trackback from your own site.