MLB Today: Has Jonathan Papelbon Been Worth it? 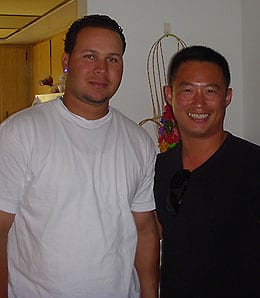 When the Phillies opened their wallets to sign closer Jonathan Papelbon away from the Red Sox last offseason, our first reaction was ‘wouldn’t that money have been better spent on offense?’

At the time, we believed the Phillies had enough internal options to close, but certainly did not have enough hitting – especially with Ryan Howard facing a half-season on the sidelines and Chase Utley also missing in action to start 2012.

So here we are, at the end of July and on the cusp of the trade deadline, and the Phillies continue to struggle in last place in the NL East, now 12.5 games behind the second-place Braves after getting swept in Atlanta this weekend. We can be generous and say that the club’s offense has been middling.

And yes, there have been other, unexpected issues – Roy Halladay’s injury woes and less than stellar performance; Cliff Lee’s one win (really?!); Vance Worley’s magic running out – but you can’t help but wonder how much this team would have benefited from another reliable bat more than having Papelbon.

That’s not to say that Papelbon has been bad. No, he hasn’t duplicated his tremendous rebound season in Boston that earned him the big contract with Philly (he’s already given up more home runs, including some crushing blows).

Papelbon has already matched his blown save total from 2011, but of greater concern is that they have all come in the past five weeks – at a critical juncture for the Phils as they tried to position themselves to make a run and get back into playoff contention.

He’s tossed three straight shutout appearances to lower his ERA from 3.46 to 3.21, but the fact is that since his amazing start, Papelbon hasn’t had a monthly ERA lower than 3.38 – which isn’t awful, but not befitting of a closer that’s being paid like a superstar.

Papelbon has also matched his walk total from 2011 – in 21 2/3 less innings. The command is still superb, but not nearly as brilliant as it was last year. The fact that Papelbon’s home run rate is up even though he’s inducing groundballs at a higher rate than ever is also a tad worrisome. After a recovery last year, his flyball/HR rate has soared back up this year.

His K rate is still awesome; just not as dominant as last year. Opponents are also hitting him easier than at any time since he first showed up in the majors in 2005. Not surprisingly, his fastball velocity is also at its lowest since that year.

The Phillies took a crazy aggressive approach to landing Papelbon last winter, inking him to a ridiculous four-year, $50-million contract. When you see what Huston Street just re-upped for (two years, $14 million), you get an even clearer indication of how much the Phillies overpaid for their man here.

Don’t get us wrong – we are huge Papelbon fans. He’s intense, and knows how to win. Few closers are more dependable or have been as durable. That’s manifesting itself in the all-time leaderboard where he’s recently passed Ugueth Urbina and Sparky Lyle and is now just three saves behind Dan Quisenberry for a share of 32nd all-time.

But the fact remains that Papelbon was not the major need for the Phillies last winter, and we believe they are paying for that decision – to a large extent – given the current standings.

We expected Jhonny Peralta to be a top 10 shortstop this season, but he’s struggled to even be a decent backup man in standard mixed leagues. Hell, the dude just went seven days without a hit. But Peralta broke out Sunday, smacking a pair of homers, a three-run bomb and solo shot, to account for all the runs as the Tigers dumped the Jays 4-1. It was massive for Detroit which avoided the sweep with the win and pulled back within a game and a half of the first-place White Sox. Peralta is not hitting nearly as well as last year, but he’s a streaky dude and is hot enough in July to deserve to be added in all formats, should he still be on the wire in shallower leagues.

By RotoRob
This entry was posted on Monday, July 30th, 2012 at 12:30 pm and is filed under BASEBALL, MLB Today, RotoRob. You can follow any responses to this entry through the RSS 2.0 feed. Responses are currently closed, but you can trackback from your own site.