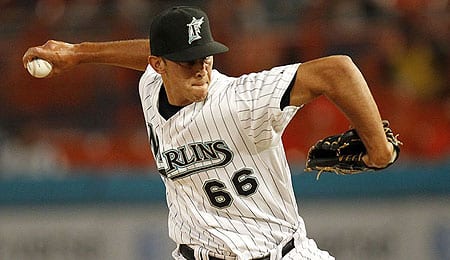 The All-Star break is now behind us and it’s time to roll on into the dog days of summer. Let’s hope you used the opportunity address your Fantasy team needs. We’ve now moved past the mid-point of the 2012 campaign and what was once a marathon is quickly turning into a sprint.

The next major challenge in our season is the July 31 interleague non-waiver trade deadline and you can bet your bottom dollar that there will be plenty of activity in the next several weeks. Don’t fall asleep at the wheel during this critical period.

Without further ado, let’s give this week’s Troll recommendations the once over.

Lorenzo Cain, OF, Kansas City Royals (CBS: 30 per cent owned, ESPN: 3 per cent): In his first start since returning from an extended DL stint, Cain went 3-for-6 with an RBI and three runs batting in the ninth slot. It seems that the wait has been worth it. Maybe it’s time that the Royals moved Alex Gordon (who has cooled off after a big June) out of the leadoff gig and gave Cain and Alcides Escobar a shot at manning the top of the order?

Steve Cishek, RP, Miami Marlins (CBS: 15 per cent owned, ESPN: 9 per cent): Ozzie Guillen has demonstrated ample (and uncharacteristic) patience with the struggling Heath Bell, but the time has finally come for a change. Cishek is first in the line of succession and proved his mettle Saturday in a five-out save against Washington. Juan Carlos Oviedo should be returning towards the end of the month and has the potential to work his way into the mix but he’s giving Cishek a big head start in replacing the ineffective Bell.

Matt Harvey, SP, New York Mets (CBS: 15 per cent owned, ESPN: unowned): The season-ending injury suffered by Dillon Gee has opened up a sizable hole in the New York rotation. Will the Mets turn to their prized young starter? At Triple-A Buffalo, Harvey has allowed 87 hits and 42 walks, with 102 strikeouts, and a solid 3.39 ERA in 98 1/3 IP. The Mets are non-committal at this stage but the odds of success are very low from the other current option, 41-year-old Miguel Batista.

Marco Estrada, SP, Milwaukee Brewers (CBS: 30 per cent owned, ESPN: 12 per cent): Estrada enjoyed another solid start Saturday with 11 punchouts over 5 2/3 IP against the Pirates in a no-decision. Two of his past four starts have resulted in double-digit strikeouts. Estrada and his off-the-chart K rates should be finding their way to more than just NL-only squads.

Jonathan Lucroy, C, Milwaukee Brewers (CBS: 62 per cent owned, ESPN: 12 per cent): The 26-year-old backstop is about a week away from heading out on a rehab stint. If you’re looking for some relief at the catcher slot (especially in two-catcher formats) it’s worth scanning your league in the event that Lucroy was dropped. He did manage five homers, 30 RBI, and a stellar .345 BA prior to hitting the DL with a broken hand.

Devon Mesoraco, C, Cincinnati Reds (CBS: 20 per cent owned, ESPN: 1 per cent): Is it possible we’re finally seeing some life out of the highly touted backstop? Mesoraco has gotten off to a solid start in July with one homer and five RBI and we’re anticipating bigger and better things from him in the second half. Filling a bench slot could pay dividends down the stretch.

Ryan Wheeler, 3B, Arizona Diamondbacks (CBS: 2 per cent owned, ESPN: unowned): Wheeler is currently leading the PCL with 90 RBI in 345 at-bats. It’s only a matter of time before the D-Backs look to replace the ineffective combo of Ryan Roberts and Geoff Blum.

Zach McAllister, SP, Cleveland Indians (CBS: 20 per cent owned, ESPN: 4 per cent): In three starts since McAllister’s most recent callup at the end of June, he’s struck out 19 and chipped in with a pair of wins. Owners in deeper leagues should be taking note.

Tyler Skaggs, SP, Arizona Diamondbacks (CBS: 16 per cent owned, ESPN: unowned): The Tyler Skaggs “watch” should be officially on. It’s a question of “when,” and not “if” for the talented southpaw.

Josh Rutledge, SS, Colorado Rockies (CBS: 3 per cent owned, ESPN: unowned): Troy Tulowitzki is currently scheduled to return “sometime” in August. The Rox have turned to Rutledge and if he can procure regular at-bats, the double-digit power and speed he demonstrated at Double-A Tulsa could translate into sneaky short-term value.

Jacob Turner, SP, Detroit Tigers (CBS: 18 per cent owned, ESPN: unowned): Drew Smyly has landed on the DL with an intercostal strain and the Tigers have again turned to their young phenom Turner. The opportunity is at hand for an extended run in the Detroit rotation.

Derek Holland, SP, Texas Rangers (CBS: 82 per cent owned, ESPN: 34 per cent): Holland’s 7 2/3 innings of shutout ball Friday against the Mariners should take him totally off the market as RotoRob wisely pointed out on Twitter on Saturday night.

Casey McGehee, 1B/3B, Pittsburgh Pirates (CBS: 11 per cent owned, ESPN: 4 per cent): McGehee is off to a great start in July with two homers and nine RBI. Mighty Casey has not struck out.

Miguel Gonzalez, SP, Baltimore Orioles (CBS: 5 per cent owned, ESPN: unowned): The pitching-strapped Orioles will be turning to the 28-year-old every fifth day moving forward. Gonzalez has had an amazing run this year both as a starter and middle reliever and the strikeout per inning potential is intriguing.

Ben Sheets, SP, Atlanta Braves (CBS: 22 per cent owned, ESPN: 6 per cent): We’ll get the opportunity to see Sheets’ first start in nearly two years when he squares off against the Mets Sunday. Let’s give this result the once over before spending some of that FAAB cash.

Casper Wells, OF, Seattle Mariners (CBS: 2 per cent owned, ESPN: unowned): Casper “the friendly bat” is batting .297 with two homers in his past seven games. In power-desperate Seattle does this elevate him to being an offensive force?

By Tim McLeod
This entry was posted on Sunday, July 15th, 2012 at 3:37 pm and is filed under BASEBALL, The Wire Troll, Tim McLeod. You can follow any responses to this entry through the RSS 2.0 feed. Responses are currently closed, but you can trackback from your own site.