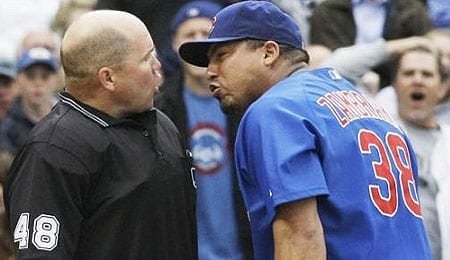 In this week’s edition of The Wire Troll, we’ve highlighted four players that we believe have the potential to be assets upon their return from the DL. We’ve always been big believers in rostering players returning from the DL earlier rather than later whenever possible. It’s a long season and if you have the bench space, saving some of that FAAB cash can be a prudent move. You can pay the piper now or pay him later, but the second option is surely going to be a more expensive one — often substantially more. This week we also examine the return to prominence of several veterans who should immediately grab your attention, so without further ado, let’s get to it.

Denard Span, OF, Minnesota Twins (CBS: 42 per cent owned, ESPN: 19 per cent): After losing most of 2011 because of concussion issues, Span has jumped out of the gate in fine style. He’s currently sporting a superb .328 BA and is firmly entrenched in the leadoff role for the Twins. A return to the mid-20 stolen base and 80+ runs scored level of production that we saw in 2009 and 2010 is a strong possibility.

Carlos Zambrano, SP, Miami Marlins (CBS: 50 per cent owned, ESPN: 6 per cent): How do we explain the comeback that Zambrano is having? We know after his recent comments about Fidel Castro that it can’t be Ozzie Guillen’s brilliance, so is there something in the water in Miami? The Big Z is off to a blazing start and pitching like we haven’t seen since way back in 2005. In 19 IP, he’s allowed 10 hits and eight walks with 16 strikeouts, and is the proud owner of a fantastic 2.84 ERA. It is only three starts and based on Zambrano’s recent history we have to question how sustainable this is. Only time will tell on how the Gatorade containers will fare in Miami, but owners should take advantage of the getting, while the getting’s good.

A.J. Burnett, SP, Pittsburgh Pirates (CBS: 30 per cent owned, ESPN: 1 per cent): In his Pirate debut Saturday against the Cardinals, Burnett was totally dominant, allowing three hits and two walks while striking out seven in seven innings to earn the win. Keep him away from the batting cage and he should have value in all formats moving forward.

Philip Humber, SP, Chicago White Sox (CBS: 42 per cent owned, ESPN: 2 per cent): Congratulations are in order for Humber as he became the 21st pitcher to pitch a perfect game, turning the trick against the Mariners Saturday. As a result, you can bet the rush to add him will be in full force this weekend. Aside from his historic outing, Humber held the Orioles to one run in 5 1/3 IP with seven strikeouts in his season debut. In 163 IP last season, he allowed 151 hits and 41 walks with 116 strikeouts while winning nine games and posting a solid 3.75 ERA. Humber’s not as good as what we’ve seen (who could be?), but as a fifth starter in mixed leagues he should continue to provide value.

Rick Ankiel, OF, Washington Nationals (CBS: 3 per cent owned, ESPN: 1 per cent): The combination of excellent defense and power potential should allow Ankiel to garner regular at-bats until the return of Michael Morse. Since returning from his own DL stint, Ankiel has smacked one long ball and amassed a solid .280 BA. Morse (back) may not be back until early July, so Ankiel is more than just a short-term solution.

Francisco Cordero, RP, Toronto Blue Jays (CBS: 16 per cent owned, ESPN: 3 per cent): On Saturday Sergio Santos hit the DL with right shoulder inflammation, immediately vaulting Cordero into the closer role for the Jays. He’s coming off a 37-save season in Cincinnati and is a must-own in all formats as we await further news on the severity of Santos’ injury.

Jon Rauch, RP, New York Mets (CBS: 10 per cent owned, ESPN: unowned): Will Frank Francisco be removed from the closer role before he makes it to the DL?

Kirk Nieuwenhuis, OF, New York Mets (CBS: 13 per cent owned, ESPN: 2 per cent): Nieuwenhuis is flashing a little pop and a little speed, and has a stupendous .325 BA. He could be on his way to earning more than just a replacement role for the injured Andres Torres in New York.

Wily Peralta, SP, Milwaukee Brewers (CBS: 5 per cent owned, ESPN: unowned): If Peralta doesn’t get the rotation spot created by Chris Narveson’s shoulder injury, the opportunity won’t be all that far down the road with Randy Wolf struggling.

Drew Hutchison, SP, Toronto Blue Jays (CBS: 5 per cent owned, ESPN: unowned): It wasn’t a great debut, but Hutchinson managed to procure the win and looks like he has at least a short-term grip on the fifth starter job in Hogtown.

Salvador Perez, C, Kansas City Royals (CBS: 15 per cent owned, ESPN: 1 per cent): Perez is off crutches now, but still probably 6-to-8 weeks away. Find room to fit him into your plans for the second half.

Jorge De La Rosa, SP, Colorado Rockies (CBS: 11 per cent owned, ESPN: unowned): De La Rosa (Tommy John surgery) has made it to extended Spring Training and presents a great opportunity to boost your strikeout totals in the second half.

By Tim McLeod
This entry was posted on Sunday, April 22nd, 2012 at 2:25 pm and is filed under BASEBALL, The Wire Troll, Tim McLeod. You can follow any responses to this entry through the RSS 2.0 feed. Responses are currently closed, but you can trackback from your own site.