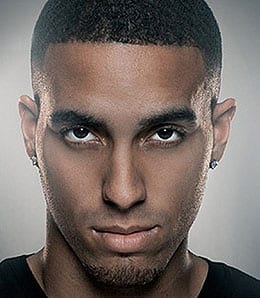 Kevin Martin is one of the best pure scorers in the NBA.

The 2011-12 RotoRob NBA Draft Kit surges forward today, on an accelerated schedule just like all things NBA these days. So while you wonder what Derrick Rose will do will all his cash, let’s turn our attention to the two guards. Today, we offer up our top 35 shooting guards.

The two-guard position is filled with players that can pile up the points, hit the long bomb and chalk up steals with a sprinkling of dimes. Dwyane Wade offers owners a bit of everything, and then you’ve got the pure scorers like Kevin Martin, who doesn’t bring a lot else to the table.

Plenty of players at this position are among the top free throw shooters in the league, such as Martin, Ray Allen and Manu Ginobili.

Because so many shooting guards also qualify at small forward, there are a ton of players on this list that offer that handy positional flexibility that can be key in H2H leagues.

1. Dwyane Wade, Miami Heat (2): Not surprisingly, Wade’s numbers dipped with the Super Friends aboard, but not dramatically. He enjoyed the finest shooting season of his career, although his FT percentage dipped slightly. Flash’s steals slipped to their lowest level since he was a rookie and his scoring was down a tick. On the plus side, his work on the glass – especially under his own basket – was never better, and while he only managed 10 double-doubles, Wade did put up his first triple-double in five seasons. He qualifies at PG, but obviously is not a traditional one guard, and his assists suffered with LeBron James aboard. Consider Wade a shooting guard extraordinaire that will get more dimes than most two guards.

2. Kobe Bryant, Los Angeles Lakers (1): Bryant will have deal with a divorce this season as his wife recently filed for Splitsville, but if there’s one thing Black Mamba has shown in his career is an ability to block everything out. Rape charges? No problem. An ongoing spat with Shaq? No worries. He’s definitely on the wane, as his production slipped for the fifth straight season in 2010-11, but the fact that he still ranks second on this list gives you an idea of just how far he still has to fall (or rather, the heights which he once attained). Bryant’s FG percentage dropped for the second straight season and his touches were down slightly, but he remains among the highest volume shooters in the game. His rebounding also slipped slightly, but so did his turnovers (then again, the TOs better have gone done, considering Kobe played almost five minutes less per game).

3. Monta Ellis, Golden State Warriors (8): One of the top shooting guard options available, Ellis also qualifies at PG, although he obviously isn’t a “true” point guard. He’s a bit injury prone, and that has to be a worry, but he managed to stay healthy last season and enjoyed one of his best campaigns yet. Ellis’ rebounding numbers have slipped in each of the past three seasons and he didn’t get to the line as often last season, but he set a career high by averaging a robust 5.6 assists per game. He also reached double digits in double-doubles for the first time. Ellis is not the most efficient scorer around, typically needing plenty of shots to get his points. Fortunately, he’s received a ton of looks lately, averaging over 20 field goal attempts in each of the past two seasons.

4. Kevin Martin, Houston Rockets (14): Martin would have been a Hornet had one of the scuttled Chris Paul deals gone down. Instead, he remains in Houston where last season he stayed healthy for once and enjoyed a fine comeback. Perhaps limiting his PT helped Martin from breaking down because while his assists dipped slightly and his steals remained pedestrian, his scoring was way up. There’s a chance Martin wouldn’t get as many touches in New Orleans, so for now let’s assume he’s a better option as a Rocket.

5. Eric Gordon, New Orleans Hornets (23): Often part of a three-guard look the Clippers showed last season, Gordon has now been moved to New Orleans as part of the Paul trade. He’s proved a bit injury prone so far in his brief career, but when Gordon was healthy he enjoyed a major breakout last season, slightly improving his shooting touch, bouncing back in FT percentage and setting career highs in scoring, assists, rebounds and steals. The Clippers hated to give him up, but considering what they got back, it was a wise move.

6. Manu Ginobili, San Antonio Spurs (12): A key component of the veteran core for the Spurs, Ginobili enjoyed another big season, avoiding serious injury and getting more touches that led to more buckets and points despite a lower FG percentage. He jacked up treys at a higher rate than ever, but also earned more points at the freebie line. Ginobili’s work on the offensive glass dried up, leading to a lower rebounding total, but he picked up his steals and did a better job of staying out foul trouble. He’s a hustler, and as long as he stays healthy, Manu will be a fine choice as your top two guard.

7. Ray Allen, Boston Celtics (17): Allen is getting on in years – like many of the Celtics – but he can still score. The durable guard enjoyed a solid campaign last season, upping his scoring thanks to the finest shooting touch of his stellar career. Allen averaged a steal per game for the first time in Celtic green and cut his turnovers. He’s now 36, so we suggest you enjoy one of the best shooters of our time while you can, but don’t be surprised if he has another big season left in the tank.

8. Wesley Matthews, Portland Trail Blazers (NR): Matthews took a big step forward offensively last season, and showed improvements almost across the board. He upped his assists per game and sunk way more field goals, even though his shooting touch dropped dramatically from his rookie season. The Jazz has to be kicking itself for not matching Portland’s offer in the summer of 2010 as the second-year swingman really came into his own last season. There could be more offensive upside to Matthews’ game yet.

9. Jason Richardson, Orlando Magic (13): J-Rich’s game continued to decline in Phoenix last season, as his shooting touch slipped slightly, although he remained a potent source of 3-pointers. Dealt to Orlando in a mid-season trade, his overall level of play remained the same, although he jacked up even more treys in the Magic Kingdom. In Phoenix, he was counted on for more offense, but deferred to Dwight Howard in Orlando. Now that he’s had time to adjust to his new team, Richardson should bounce back this season.

10. Jason Terry, Dallas Mavericks (21): Terry is battling a bug during exhibition play, but he should again fulfill his role as the Mavs’ sixth man, a job he’s excelled at in recent years. Last season, he made his fewest starts ever and his overall production slipped for the second straight season, but Terry was more efficient, needing fewer touches to get more baskets. He didn’t can as many treys as usual, his FT percentage dipped for the second straight season and he had more turnovers, so there are definitely cracks forming in his game. Terry remains a clutch performer off the bench and one that offers as much Fantasy value as many starters.

By RotoRob
Tags: NBA
This entry was posted on Wednesday, December 21st, 2011 at 3:22 pm and is filed under 2011-12 RotoRob NBA Draft Kit, BASKETBALL, Cheat sheets, RotoRob. You can follow any responses to this entry through the RSS 2.0 feed. Both comments and pings are currently closed.