Contest: Try The Sports Parlor For Free and Win $200 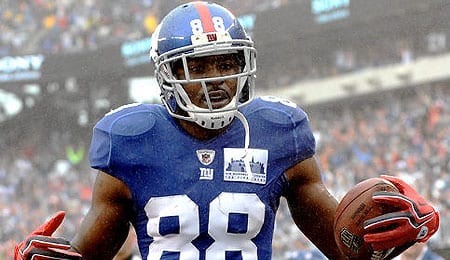 How can The Sports Parlor be so much fun yet still legal is the question you’ll be asking yourself once you play. It has revolutionized the game by combining the best of Vegas with the best of Fantasy Football. Why someone hasn’t done this before is a head scratcher. No more expensive trips to Sin City or logging on to cheesy off-shore sites on some forbidden island. The Sports Parlor is based in Los Angeles, so your money is guaranteed to be 100 per cent safe and 100 per cent secure with all banking done in the U.S.A. Most contests end the same day and winnings are deposited within 24 hours which means you can make it rain like Pac Man Jones at a strip club, or you could just buy something nice. The process is simple…

So how is this 100 per cent legal? Because games are based on statistics, team scoring adjustments, and Flex Players. When you select a team to win, you then have the ability to swap in players from the default bench to the starting lineup if you think they may perform better. Every yard, tackle and splash play on the field results in points for your Sports Parlor squad. The Sports Parlor even helps you by setting a default roster, which saves you the agony of mulling over every pick the way other sites do. Then it’s time to use your Fantasy prowess and choose two Flex Players from any other contest playing that week.

Flex players are key because every point they rack up adds to your total score and we all have a different idea on who the studs are. Everyone who picks a team from the same game is then placed into a league. This is where the men are separated from the boys. The team you picked to win the game, the roster you selected, and your Flex decisions all factor into how many points you score on game day. You can even watch real time stats unfold on your league page while watching the game at home. Under normal play, if your team finishes in the top 50 per cent based on total score, the money is yours! Those are better odds than a Twinkie on Rex Ryan’s desk.

To make it even better, in this instance, The Sports Parlor is offering RotoRob readers a free $200 Contest to whoever picks the winner of the Philadelphia-New York Giants game on Sunday night and finishes with the highest score! Free money just for trying — it is a no brainer so hurry up and get in now!

By RotoRob
This entry was posted on Tuesday, November 15th, 2011 at 1:01 pm and is filed under Contests, FOOTBALL, RotoRob. You can follow any responses to this entry through the RSS 2.0 feed. You can leave a response, or trackback from your own site.