The Wire Troll: Corey Potter and the Goblet of Goals 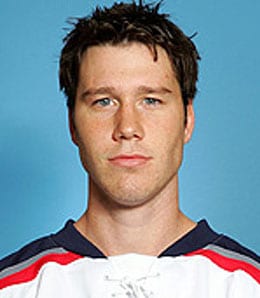 Corey Potter is finally getting a chance to play and is taking advantage of it.

We’re three weeks into the 2011-12 NHL season and at last The Wire Troll is back. The first few weeks have been wildly inconsistent for the Fantasy hockey GM. Early on, the pleasant surprises have been plentiful, but so have the disappointments. Right on cue, the weather has even turned south as an October blizzard has gripped the tri-state area. When you think of the “waiver wire” pickup, what really comes to mind? It has to be a player who is owned in less than 50 per cent of Fantasy leagues pretty much across the board.

As we went fishing this week, looking for the best bets to help your Fantasy team, we also thought about specific categories that a GM might need to push them over the top most weeks. Taking all the variables into the equation was the hardest part.

Without further ado, we give you five players that will help your Fantasy team’s bottom line and, yes, you should take notes as we will be with you right until the last week of the Fantasy hockey playoffs.

Corey Potter, D, Edmonton Oilers: Potter has been a surprise for the Oil ever since the season started. The cold reality is that he never got a chance in the NHL whether it was with the New York Rangers or the Pittsburgh Penguins. Edmonton finally gave him a bit of a shot because of injuries and such. Naturally Potter has responded in typical feel good story fashion with six points (one goal, five assists) in eight games. Now, it is understandable why some would be hesitant but Potter also has 16 shots, and double digit hits and blocks. He’s only owned in 36.8 per cent of ESPN leagues and even less in Yahoo! leagues and with Potter’s overall owner percentage at around a third, he’s attractive to Fantasy owners.

Josh Gorges, D, Montreal Canadiens: Gorges has been a surprise and in some ways has taken some of the scoring slack up for the missing Andrei Markov. Gorges has six points in 10 games, but his bulky 20:55 average time on ice (ATOI) is a boon for Fantasy owners. The fact that he also has 13 shots, 10 hits, and 26 blocks almost seals it for GMs looking for that quick fix. Going forward, point production may not be there but the intangibles will be, so give Gorges, currently at single digit ownership, some serious consideration.

Marcus Johansson, C, Washington Capitals: Johansson still does not quite get the respect that he deserves but his start (four goals in the first seven games) does have people on notice at the very least. With so many snipers getting off to slow starts, he may be the perfect panacea for those GMs starving for a little production. What prospective owners have to like is that despite the fact that Johansson is getting it done, people are clearly not noticing yet as he’s currently at single to low double digit ownership rates.

Daymond Langkow, C, Phoenix Coyotes: Langkow has been under the radar but does have a respectable six points in nine games for a Phoenix team that never expected that kind of start. He is currently seeing less than 17 ATOI but if the points keep coming, no one is really going to care about that. If you only want PT, there are other pickups that would suffice in that case. Langkow’s production also depends on who he plays with so keep an eye on that as well. For now, the low ownership rates play in your favour.

Brandon Sutter, C, Carolina Hurricanes: Yes, this is a considerable risk, but Sutter is on the verge of a bit of a breakout and just needs a little power play time to prove our point here. The five points in 10 games is a nice bonus and we do think he is due for at least a 40-point season which would be great in deep leagues where centre production is plentiful if you do your research. Sutter’s ownership percentage ranges anywhere from 1 per cent to 5 per cent. It may be time to pick him up now, especially while Eric Staal “figures it out.”

Good luck with your Fantasy leagues and we will be back next week with more gems that you just can’t find anywhere else. Bring us your comments and questions and we will answer them promptly. Thanks for reading.

By Chris Wassel
This entry was posted on Sunday, October 30th, 2011 at 11:19 am and is filed under Chris Wassel, HOCKEY, The Wire Troll. You can follow any responses to this entry through the RSS 2.0 feed. You can leave a response, or trackback from your own site.