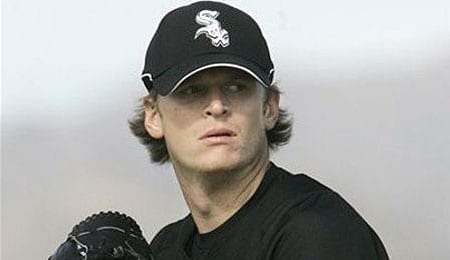 Will Gavin Floyd toss another gem Friday just like his last start or will he stink again like the start before that?

Well, we’re into the second half of the 2011 baseball season, and perhaps your Fantasy teams are crashing and burning in this, the Year of the Injury. If so, you may have already lost interest in Fantasy baseball, and if that’s the case, we’ve got the remedy – a one-day Freeroll exclusive for RotoRob.com readers!

RotoRob has teamed up with DraftStreet.com to offer our readers a chance to compete in an exclusive, one-night showdown. By now, you’ve probably heard of the proliferation of sites offering one-day leagues, and DraftStreet has been kind enough to offer RotoRob readers this free contest.

Note that the Friday afternoon Astros-Cubs game will not be included so you’ll have more time to enter and go up against as many competitors as possible.

Go ahead and see how you stack up against our writers and the rest of our knowledgeable readers.

Here’s how you play: Fill your roster (C, 1B, 2B, 3B, SS, 3 OF, 2 UT, 2 SP, RP, P) while staying within the budget of $100,000. Player salaries are set by DraftStreet based on Fantasy production. So, if you want to put Cole Hamels on the mound it will cost you $15,783, which means you’ll have to find some bargains to fill out the rest of your squad. It’s a nice test for the GM wannabees out there that need to balance budget and talent.

Sign up now for free. Build a team (you can adjust your roster up until the games start). Then check out the scoreboard when the games start and watch your team win you cash!

Click here to enter and best of luck to all our readers!

And hey, if you like DraftStreet, stick around and enter more contests as it will help support RotoRob and keep Tim in gummy bears.

By RotoRob
This entry was posted on Wednesday, July 20th, 2011 at 6:31 am and is filed under BASEBALL, Contests, Fantasy Leagues, RotoRob. You can follow any responses to this entry through the RSS 2.0 feed. You can leave a response, or trackback from your own site.