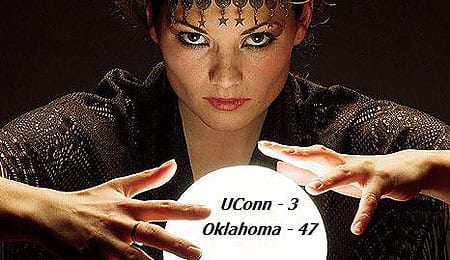 To football fans, the end of the year means two things: NFL playoffs and bowl games. Pair that with the NBA and NHL seasons in full swing — not to mention the upcoming Winter Classic — and you’ve got us in the mood to celebrate!

Now, as anyone that’s been following the site knows, when we feel like celebrating it usually means free stuff for you. This is no exception as we’re giving away an Xbox 360 copy of EA Sports’ NCAA Football ’11 to our best pigskin prognosticator!

Here’s how it’s done. Scroll down and leave a comment, picking who you think will win each of the five BCS Bowl games. Plus, for the National Championship Game make sure you include total points. Then, in the event of a tie, whoever came closest to predicting the combined final score between Auburn and Oregon without going over gets the nod.

By HC Green
Tags: BCS
This entry was posted on Tuesday, December 28th, 2010 at 8:21 pm and is filed under Contests, Herija Green, Video Game Reviews. You can follow any responses to this entry through the RSS 2.0 feed. Both comments and pings are currently closed.