The Wire Troll: An End For a Beginning? 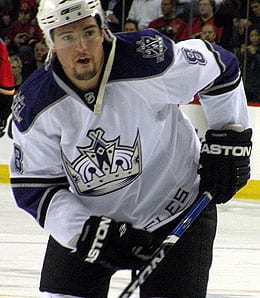 Drew Doughty has exploded for five points in the past two games as the Kings have taken the lead over Vancouver.

Truly, the end has to come sometime and sadly the regular season has ended There are 60 minutes to go until my hockey podcast. The question is can I finish this before the show starts? The fun of pressure and meeting deadlines in a hockey-centric world is at its height at this time of year. It’s time to get fired up. If you are not, you may need some serious help here!

So what we have decided to do on this shorted edition of The Wire Troll is simply give our Wire Troll Pickup of the Year winner. Please hold applause until the award is accepted. Thank you.

Lee Stempniak of the Phoenix Coyotes.

Why? Thirteen goals in 15 games in March. That really made the difference in so many leagues if you picked this guy up. Rarely does a player steal an award in a month, but Stempniak was just too good. That was good for three goals a week from a Fantasy player who was near dead in Toronto. When you see a guy have that much success for a team, you have to wonder what was going on with the previous team. Honestly, you just have to. So can LS continue this next year? Maybe. However, he gets the Wire Troll Pickup Of The Year award for this season.

I know some will argue this one but we are taking this one to the bank!

Now for that list of players we promised to just take a look at. There will be a more in-depth look at some of these guys next time.

Needless to say it should be a fun and bumpy ride and, as always, the key in in your playoff hockey pool is just to let it ride and watch what your picks do because in most, that is all you can do. Forgive us for the short effort this week, I promise next week will be just a little more meaty. Toss me a cider, please!

By Chris Wassel
This entry was posted on Wednesday, April 21st, 2010 at 1:17 pm and is filed under Chris Wassel, HOCKEY, The Wire Troll. You can follow any responses to this entry through the RSS 2.0 feed. You can leave a response, or trackback from your own site.