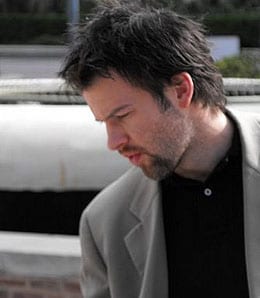 No one claimed Petr Sykora off waivers, but some team will probably take a chance on him before the deadline.

This week’s Fantasy Hockey Roundtable was asked: “Which player is most likely to be traded by the March 3 trade deadline?”

Here’s what we had to say for RotoRob:

It’s tough to pick who’s most likely to be traded when you consider that pretty much all of the Carolina Hurricanes are up for grabs. In addition to that whole team, Sheldon Souray seems destined to be traded out of Edmonton. The team is horrible and he’s one of the few valuable pieces. Plus, it seems he wouldn’t mind leaving the Oilers either.

No one claimed Minnesota’s Petr Sykora off waivers, but I think there’s some team that’ll be willing to take a chance with him. He’s never been an offensive juggernaut, but he’s playoff tested, and that might be enough to entice a team to grab him. Of course, intangibles don’t show up on Fantasy scoresheets, so for our purposes, it really won’t matter.

Here’s the rest of this week’s Roundtable.

By Steven Ovadia
This entry was posted on Sunday, January 24th, 2010 at 10:46 am and is filed under HOCKEY, Roundtable, Steven Ovadia. You can follow any responses to this entry through the RSS 2.0 feed. You can leave a response, or trackback from your own site.