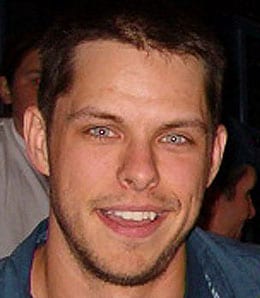 Martin Biron is embroiled in a fascinating goaltender controversy on the Island.

This week’s Fantasy Hockey Roundtable asked “Which goaltending battle has been the most intriguing so far this season?”

Here’s what we had to say:

I’ve been most interested in the Islander goalie situation, where you have both Martin Biron and Dwayne Roloson putting up strong numbers.

We’re talking similar numbers by older goalies, both playing behind the same team, yet their won-loss records are like night and day.

And of course, this goalie battle will only get more interesting if presumable franchise goalie Rick DiPietro returns in mid-December as most recently reported.

The Islanders, who had almost no goaltending last season, could find themselves with three strong goalies.

It’s feast or famine in the nets on Long Island.

By Steven Ovadia
This entry was posted on Tuesday, December 1st, 2009 at 12:40 pm and is filed under HOCKEY, Roundtable, Steven Ovadia. You can follow any responses to this entry through the RSS 2.0 feed. You can leave a response, or trackback from your own site.